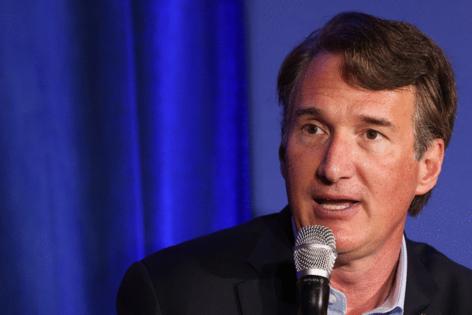 Republicans are optimistic about retaking control of the U.S. House and picking up state governor’s seats in next year’s midterm elections, but some GOP governors are concerned that former President Donald Trump could be an impediment.

Republicans gathered in Phoenix this week for the Republican Governors Association’s annual conference said Trump’s focus on the 2020 presidential election he lost and trying to defeat incumbent GOP governors and House members could hurt the party’s efforts.

“We’re all expecting a big year,” Maryland Gov. Larry Hogan, a potential 2024 Republican presidential candidate and Trump critic, said in an interview. “The way we can screw up some of that is by attacking our incumbent Republicans, having Trump do that, dividing the party, continuing to focus on 2020 and the lies about stolen elections, as opposed to focusing about solutions to problems and focusing on ‘22 and ‘24.”

Republicans are bullish about their chances in 2022 after Glenn Youngkin won the governor’s race in Virginia, where a Republican hadn’t won a statewide race since 2009, Jack Ciattarelli almost upset Democratic Gov. Phil Murphy in New Jersey, and the political climate for President Joe Biden and Democrats has worsened amid rising inflation and other problems.

But Trump is attacking Republican incumbents who voted for the $550 billion infrastructure bill as well as those who voted to impeach him over his role in the attack on the U.S. Capitol on Jan. 6, and the fear is that weaker GOP candidates will be nominated for general election races.

Trump is also encouraging primary challenges against GOP governors including Brad Little in Idaho, where he has endorsed Lt. Gov. Janice McGeachin, and Brian Kemp in Georgia, whom Trump blames for not doing more to overturn that state’s election results.

“We need Republican leaders that stand up and say, ‘This is not a time of retribution. This is not a time of focusing on the past, but this is a time that we have to be together as we go into next year’ because there’s so much at stake,” Arkansas Gov. Asa Hutchinson said in an interview.

Governors attending the conference also talked about not focusing on Trump’s baseless claims that the 2020 presidential election was stolen. He has said Republicans will not be voting in 2022 and 2024 “if we don’t solve the presidential election fraud of 2020,” and he’s been pushing for audits and endorsing candidates who support his claims about fraud.

Hutchinson and other governors said Youngkin showed Republicans how to win competitive races by focusing on the future and issues such as education to help win back independent voters who didn’t support Trump.

“Republicans aren’t convincing a single new independent voter to come over and vote for a Republican based on yelling about audits and what might’ve happened or not happened in 2020,” New Hampshire Gov. Chris Sununu, who announced last week he’s seeking re-election to a fourth term rather than run for the U.S. Senate in 2022, said in an interview.

Gov. Doug Ducey of Arizona, chairman of the RGA and frequent Trump target for certifying Biden’s victory in his state, said he thinks the GOP can hold all of the 20 governorships now held by Republicans on the ballot next year and flip seats in states including Maine, Pennsylvania, Michigan, Wisconsin, Kansas and New Mexico.

Ducey said the RGA supports its incumbents but stays out of primary races and follows the “11th Commandment” of not speaking ill of other Republicans — something Trump does frequently, assailing RINOs, or Republicans in Name Only.

Republicans up and down the ballot will continue to benefit from the support of Trump and his “America First” agenda, said his spokesman, Taylor Budowich.

“As President Trump said recently though, saving America starts with saving the GOP from fake Republican who cave to the woke mob and radical Democrats,” Budowich added.