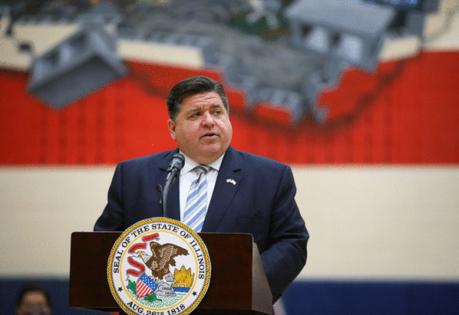 SPRINGFIELD, Ill. — The Illinois Senate voted Tuesday to repeal a decades-old law that requires a parent to be notified when a minor seeks an abortion, an effort by supporters to cement the state’s position as a liberal leader on abortion rights as other states impose greater restrictions on the procedure.

Also Tuesday, a House committee set up a potential vote this week on another lightning-rod issue: a proposal seeking to prevent people from using another decades-old state law to skirt coronavirus vaccination requirements by citing moral or religious objections.

And with a new Illinois congressional map — reflecting population changes from the 2020 federal census — at the top of the legislature’s to-do list for the fall session scheduled to end this week, Democrats indicated Tuesday that there will be at least a third revision of their proposed boundaries for the state’s new 17 U.S. House districts.

The Democratic-controlled Senate voted 32-22 to repeal the parental notification requirement, with four members of the majority party joining Republicans in opposition. Five other Democrats did not vote.

The proposal, which has the support of Democratic Gov. J.B. Pritzker, now goes to the Democratic-controlled House, where its prospects remain uncertain.

Parental consent is not required under current law, and minors can ask a court to waive the notification requirement if they fear for their safety. But Democrats who support abortion rights are eager to secure Illinois’ place as a safe haven for those seeking an abortion as other states restrict access and seek to overturn the U.S. Supreme Court’s landmark Roe v. Wade decision.

“This is a necessary proposal to move our state forward to protect our young people, often those who cannot protect themselves,” said Democratic state Sen. Elgie Sims of Chicago, the measure’s sponsor.

Opponents of repeal — largely Republican lawmakers, religious leaders and anti-abortion groups — have sought to frame the debate as one about parental rights rather than about abortion access.

GOP Sen. Jil Tracy of Quincy called the repeal proposal “illogical” and said it’s an example of Pritzker’s “radical agenda” that drives wedges between parents and their obligations to their children.

“Of all the human relationships, there’s none stronger than a relationship between parent and a child, and certainly while it lasts an entire lifetime, there is no better time and critical event in the minor years that child needs nurturing and support and counseling from their parents,” Tracy said at a news conference ahead of Tuesday’s vote.

In the legislature, before courts, in local governments, and on the campaign trail...Read More