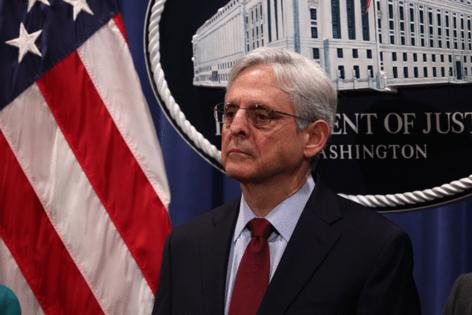 WASHINGTON — Democrats on the House Judiciary Committee used an oversight hearing Thursday to nudge Attorney General Merrick B. Garland on a pivotal upcoming decision — whether the Justice Department will pursue prosecution of former White House adviser Stephen Bannon for contempt of Congress.

When the hearing started, the House hadn’t officially voted to hold Bannon in contempt for refusing to comply with a subpoena from the House select panel investigating the Jan. 6 attack on the Capitol. The chamber later voted 229-202 to adopt the contempt resolution.

The next step would be for the U.S. attorney’s office for the District of Columbia, part of the Justice Department, to decide whether to prosecute the misdemeanor charge that carries a penalty of up to a year in jail and a fine.

That federal prosecutor’s office has declined to prosecute in recent referrals for contempt of Congress. But those referrals were for current government officials who were in the same administration as the prosecutors.

The political pressure Garland faces around a decision on Bannon, a private citizen who was once part of the Trump administration, was already apparent at the committee.

Democrats knew better than to ask Garland what he would do, and instead nodded to the greater issues in the case about congressional power to investigate. And Garland largely stuck to his script, which was to not even hint at what the Justice Department might do.

“The Department of Justice will do what it always does in such circumstances; we’ll apply the facts in the law and make a decision, consistent with the principles of prosecution,” Garland said.

California Democratic Rep. Zoe Lofgren used her questioning to walk Garland through a series of court decisions and filings that would cut against claims from President Donald Trump and Bannon that documents are protected from subpoena by executive privilege.

That included a 1974 ruling that the executive privilege only covered communications between a president and close advisers only on official government matters. “I think the Supreme Court’s opinion is still good law, until it’s reversed, and I see no sign that it’s going to be reversed,” Garland replied.

And Lofgren pointed to a recent Justice Department filing that stated that conspiring to prevent the lawful certification of the 2020 election and inciting the riot at the Capitol would “plainly fall outside the scope of employment of an officer or employee of the United States of America.”