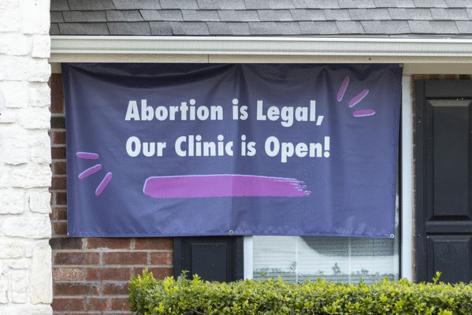 WASHINGTON — Questioning whether a “right to abortion exists” in this country, Texas state lawyers urged the Supreme Court on Thursday to reject the Biden administration’s plea to suspend a new state law that makes it illegal for doctors to perform abortions after about six weeks of a pregnancy.

In a filing with the court, they said the federal government has no authority to intervene in the Texas dispute. The Justice Department “lacks standing because it has not been injured by SB 8,” they wrote, referring to the Texas law. “The federal government cannot get an abortion, and the Constitution does not assign it any special role to protect any putative right to abortion.”

Moreover, “if a right to abortion exists, it is a private right,” they said, and disputes may be resolved through lawsuits “between private parties — not the state,” they said.

This refers to the novel bounty-hunter provision in the Texas Heartbeat Act, which outlaws abortions after a fetal heartbeat can be detected, usually at around six weeks. The filing said doctors who performed illegal abortions were subject to private lawsuits, but state officials were not charged with enforcing it.

The justices now must decide whether to intervene in the Texas case, either to temporarily block the law, or to review its constitutional status on a fast-track basis, or do both.

In early September, the court by a 5-4 vote refused to stop the Texas law from taking effect, citing “complex and novel ... procedural questions.”

A week later, U.S. Attorney General Merrick Garland announced the Justice Department was suing Texas for violating the constitutional rights of pregnant women. For nearly 50 years, the high court had said women had a right to choose abortion, he said, and Texas had no authority to defy the Constitution.

But earlier this month, the 5th U.S. Circuit Court of Appeals in a 2-1 decision kept the Texas law in effect, and the Justice Department then filed an emergency appeal to the high court on Monday.

The appeal asked the court to put the Texas law on hold because it was clearly unconstitutional. The acting U.S. solicitor general said the court should also consider granting review of the case to decide the constitutional and procedural questions raised by the Texas law.

Citing that request, the Texas attorneys said they would welcome an opportunity to argue for overturning Roe vs. Wade and the right to abortion.

“There will always be states who seek to protect unborn life through their laws, and there will be those who seek to challenge such laws, unless and until this court returns the question of abortion to where it belongs — the states,” they wrote.

The justices are already set to reconsider the right to abortion in a case from Mississippi, which is defending a 15-week limit on abortions. After winning a review of that issue in May, the state’s attorneys raised the stakes, arguing that the court should overturn Roe vs. Wade entirely and allow states to make nearly all abortions a crime if they choose. The court will hear arguments Dec. 1 in that case, Dobbs vs. Jackson Women’s Health Organization.