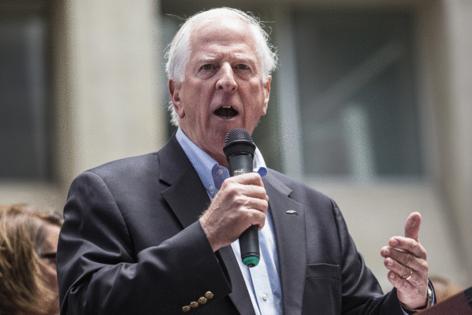 WASHINGTON — Democrats’ plan to spend hundreds of billions of dollars providing incentives for clean energy production and usage in their budget reconciliation package could draw on both House and Senate proposals — starting with more traditional tax breaks for renewables and transitioning to a bigger overhaul over the next decade.

Lawmakers say they’re considering a five-year expansion of incentives currently in the tax code, then shifting to a plan that would consolidate tax breaks and tether them to performance in reducing emissions, an attempt to maximize climate benefits.

Both plans have been estimated separately to cost more than $250 billion, representing a significant chunk of the reconciliation bill and a piece that’s gaining emphasis as Sen. Joe Manchin III, D-W.Va., nixes other proposals to address climate change.

Democrats are squeezing the package’s price tag to appease Senate centrists, leading to debates around whether to drop pieces of President Joe Biden’s domestic agenda or scale programs back.

Congress’ top tax writers — Senate Finance Chair Ron Wyden and Ways and Means Chairman Richard E. Neal — have for weeks publicly dug in on using their own clean energy tax proposals, so doing both for less time could resolve the impasse.

“I think that could be a compromise,” Neal said, adding his and Wyden’s staff have discussed the idea of a five-year transition period.

Thompson said he raised the idea of implementing the House bill for five years before transitioning to Wyden’s plan during the meeting, and that Biden and Treasury Secretary Janet L. Yellen acknowledged that expanding current tax breaks is the best way to start.

A Treasury Department spokesperson didn’t immediately respond to a request for comment.