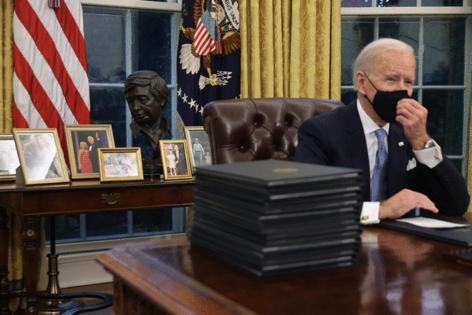 Median approval of U.S. leadership surged to 49%, matching the high set in 2009, the Gallup survey across 46 countries and territories showed. That’s a 19 percentage point jump from last year. Ratings improved most significantly among European Union members, while only three countries reported a decrease: Russia, Serbia and Benin.

Portugal, the Netherlands, and Sweden reported an approval increase of more than 40 percentage points. Scores from France and the U.K. also jumped, but remain below Obama-era levels.

Russia delivered the lowest approval of any country at 13%. Croatia and Latvia were also among those with the lowest opinions of U.S. leadership.

Gallup notes that polling wrapped up before the chaotic U.S. withdrawal from Afghanistan, which damaged Biden’s domestic approval ratings and could also knock international perception.

Still, “substantial gains across so many countries halfway through 2021 make it unlikely that the final rating for Biden’s first year in office could retreat to Trump-administration levels,” the report said.

Of the 46 countries and territories surveyed, 30 are in Europe. Polling will continue through the rest of the year. The 2020 survey included 108 countries. Final 2021 numbers will be released early next year.