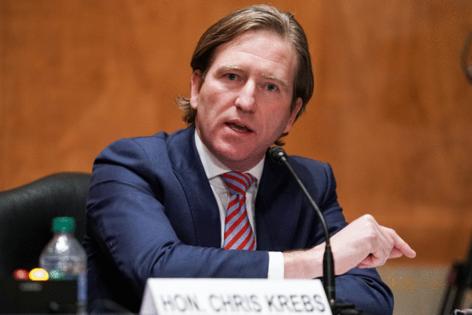 Actually, I didn't say it, but rather Chris Krebs, who served as director of the Cybersecurity and Infrastructure Security Agency during the Trump administration, said it and was fired shortly thereafter by the then president.

Since last November, there have been almost six dozen related lawsuits adjudicated by state and federal judges across the country, most of them dropped for lack of evidence. There have also been several recounts, including multiple in Georgia alone, all resulting in essentially the same number of votes for each candidate. Yet a Sept. 12 poll by CNN showed that six in 10 Republicans and Republican-leaning independents agree that "believing that Donald Trump won the 2020 election" was very or somewhat important to what being a Republican meant to them.

No matter where you are politically, that number should really concern you because it means that 60 percent of the supporters of one of our two parties have lost all faith in the integrity of our elections. They don't believe their often-Republican local elections officials, conservative judges in various jurisdictions across this country, or the results of any recount or audit. To this 60 percent of Republicans, Joe Biden is not a legitimately elected president.

To many Republican officeholders at the state level, where election processes are enshrined in state regulations and law, their base's doubt has become a rallying cry to change election law. Republican candidates for secretary of state or other election-focused offices highlight the perceived failures of 2020 as they campaign in their communities. These political actors are seizing upon their voters' or constituents' doubt rather than reinforcing the mountain of evidence from court findings, recounts and other credible sources. This is the definition of solutions in search of a problem.

Given this tenor across the country, especially in swing states like Pennsylvania, Georgia or Arizona, how will the electorate ever accept the outcome of an election again? Won't a Democratic win merely showcase the same "rampant irregularities" as in 2020? Won't a Republican win merely prove that "voter suppression measures" implemented by Republican state legislatures after 2020 were successful?

The No. 1 challenge our representative democracy faces right now is the erosion of trust when it comes to the integrity of our elections. And while the Constitution clearly recognizes the states' primary role in election administration, it also outlines specific powers and responsibilities for the federal government. Congress in the past has not been shy about inserting a federal response to shortcomings at the state level, such as the abolition of poll taxes or requiring that polling stations be accessible to the disabled. Congress could and should act again to reinject trust into the system.

Most of us envision Election Day as a singular and unifying event, with millions of Americans exercising their right to vote and engaging in essentially the same voting process across the country. Unfortunately, that vision is quite blurred; all voters are not on equal footing.

There are 51 different elections happening across the 50 states and the District of Columbia. They each come with different standards for who gets to vote. For example, in Washington, D.C., a convicted felon never loses his or her right to vote, while in Kentucky certain violent felonies may cause one to permanently lose their right to vote. This also applies to how and when one can register to vote, how and where one can cast their vote, and how that vote is tabulated and reported.

If the outcome affects us all equally, then why should it be easier for me to participate in the process than someone in another state – or even in the same state but in another county? We don't have 50 different standards for what makes an airplane safe, and because of that I trust that I'm flying safely, whether I board the plane in New York or Houston.

There already are a number of federal entities devoted to our electoral process, most prominently the Election Assistance Commission and the Federal Election Commission. But partisanship is rearing its ugly head when it comes to both of these agencies: One is woefully underfunded, while the other for years has lacked the requisite number of politically appointed commissioners to do its job. By empowering these existing organs, Congress could restore trust and integrity into our electoral process and enforce election laws so that your ZIP code no longer determines your ability to participate in the democratic process. If that isn't a bipartisan goal, then what is?

Pete Weichlein is the CEO of FMC: The Former Members of Congress Association.