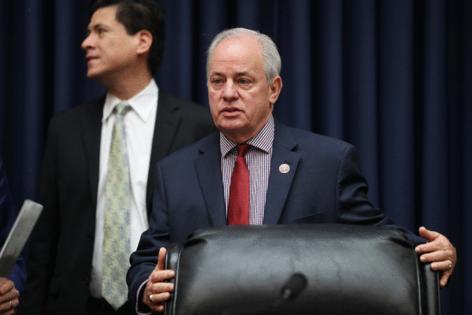 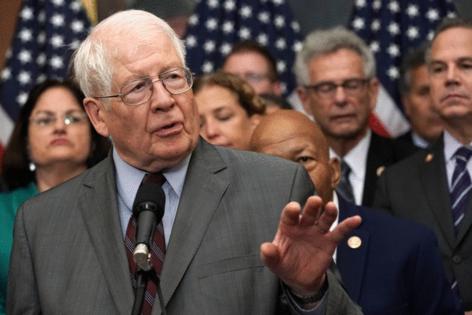 WASHINGTON — The number of House Democrats who won’t be running for reelection next year grew to 13 on Monday with the news that North Carolina’s David Price and Pennsylvania’s Mike Doyle will retire after their current terms.

Price, 81, is a veteran appropriator who used his position to steer federal funding back to universities in his state’s Research Triangle. Doyle, 73, might be best known as the longtime manager for the House Democrats’ baseball team in their annual game for charity against Republicans.

The departures come as Democrats face headwinds in the upcoming midterm election cycle. Republicans need a net gain of five seats to take the majority, and the president’s party traditionally loses seats in the midterms.

Price announced his decision Monday on WRAL-TV. He is chairman of the Transportation-HUD Appropriations Subcommittee.

First elected to the House in 1987, he has served there since then for all but one term. He lost his 1994 election, but was reelected in 1996. He also serves on the House Budget Committee.

President Joe Biden defeated Donald Trump 67% to 32% there in 2020, but the district is currently being redrawn to reflect the results of the 2020 census. North Carolina is also adding a new 14th District.

Doyle’s decision was confirmed by a CQ Roll Call source familiar with his plans.

Doyle was first elected to the House in 1994, and his 18th District includes Pittsburgh and some surrounding suburbs. His district has been solidly Democratic, and it is expected to remain in the Democratic column even though Pennsylvania will be losing a House seat in reapportionment.

The chairman of the Communications and Technology Subcommittee of the House Energy and Commerce Committee, Doyle was already facing a primary challenge from Jerry Dickinson, a constitutional law professor at the University of Pittsburgh. Dickinson, who unsuccessfully challenged Doyle in a primary last year, had outraised Doyle in the last two fundraising quarters, and so far had raised $333,000 to Doyle’s $167,000, Federal Election Commission reports show.

But an open seat race is expected to draw a slew of other Democratic candidates. Potential candidates include state Reps. Summer Lee and Austin Davis, and Pittsburgh City Councilman Corey O’Connor, according to a Pennsylvania Democratic source.

Biden won Doyle’s district by 30 percentage points in 2020, according to calculations from Daily Kos Elections. Doyle defeated Dickinson by 34 points in the primary and went on to win an 14th term by 38 points in November.

Five other Democrats — Cheri Bustos of Illinois, Filemon Vela of Texas, Ron Kind of Wisconsin, Ann Kirkpatrick of Arizona and John Yarmuth of Kentucky — said earlier this year they would retire rather than run again in 2022. Rep. Eddie Bernice Johnson of Texas said before her 2020 reelection that this would be her last term.

On the GOP side, nine lawmakers will not be seeking reelection to the House in 2022.