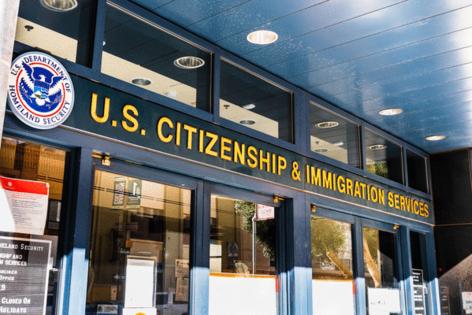 WASHINGTON — Recapturing unused green cards, a policy fix in the House reconciliation plan that could bring relief to a vast swath of immigrants, has received far less attention than larger efforts to legalize millions of undocumented people.

But the provision could be Democrats’ only chance to make major changes to immigration policy as prospects for broader legislation dwindle.

The U.S. imposes strict per-country caps on visas distributed each year, a process that keeps green card hopefuls from populous countries like India waiting years, even decades, while leaving a surplus of unused visas in less populated nations. Under the the House reconciliation bill marked up in committee last month, unused family-based and employment-based green cards from the past three decades would be “recaptured” and made available.

The bill also would allow some foreign citizens to pay hefty fees to be exempted from annual visa quotas, helping to stem current backlogs.

If enacted, the provisions could help cut through some of that logjam — providing relief to some 4 million people waiting for family-based green cards and about 1 million stuck in the employment-based list, according to estimates from the Niskanen Center, a center-right think tank that advocates an immigration overhaul.

But those provisions have not yet received a formal review by Senate Parliamentarian Elizabeth MacDonough, and frustrated advocates say Democrats are missing an opportunity.

“It doesn’t seem like these are a priority for Democrats,” said Jeremy Neufeld, a Niskanen analyst. “When people think of immigration reform, their minds just jump to undocumented immigrants, whereas legal immigration reforms often are put on the back burner.”

Key Senate Democrats have been noncommittal about the provisions. Sen. Richard J. Durbin of Illinois, chairman of the Judiciary Committee and a leading proponent of immigration overhaul, suggested that the inaction stems from Republicans, even though their votes aren’t needed to pass legislation under Senate rules for filibuster-proof reconciliation bills.

“The House bill tries to expand it with cards that were unused in the past. I’m for it,” Durbin said at a news conference last week. “But there’s been resistance on the Republican side to expand any finite number of green cards by any means.”

Politically, Democrats may be wary of a bill offering relief to some immigrants but not others, particularly if it leaves out the undocumented population. A pathway to citizenship for undocumented immigrants, including essential workers and so-called Dreamers brought to the U.S. as children, has long been a crucial priority of the Democratic base.