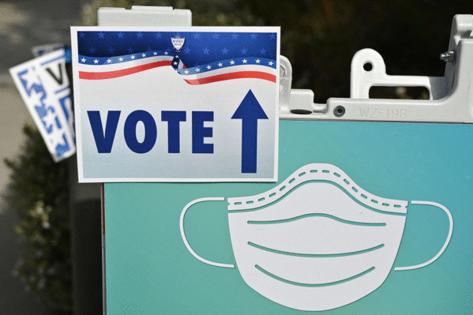 Nearly half of all U.S. veterans are independent or "unaffiliated" voters. Following a recent change in Maine, 13 states now use closed primaries, where independents are excluded from participating in publicly funded primary elections. Other states severely limit the participation of unaffiliated voters. Congress has a dismal approval rating, consistently in the 15 percent to 25 percent range, and yet 95 percent of members are re-elected. And, because of uncompetitive districts, in 2020, only 10 percent of eligible voters elected 83 percent of our Congress.

The primary election has become the primary problem in this country. What does it say about a country where the very women and men who don our nation's uniforms and fight for our nation's interests are among those whose participation in our political process is so structurally limited?

The system is not working. Or, rather, it's working as designed, just not working for us — the citizens. You do not need to be an independent, a Republican or a Democrat to understand the fundamental design flaws in a system that continues to produce terrible outcomes: partisan gridlock, misguided priorities and dangerous dysfunction. When people don't see a path for their voice to be heard and well-represented, they will seek extra-political means — a very dangerous place for any country to be.

I recall a tax professor in business school explaining, simply, that complicated tax structures benefit the rich because they have the resources to exploit such a system. In this country, overly complicated closed primary elections, and built-in anti-competitive political structures, limit choices while benefiting the incumbents and insiders. But it doesn't have to be this way. In fact, it isn't this way in many other countries, a few states and several cities.

One powerful solution is called final-five voting, which combines an open (single-ballot) primary election, where the top five candidates advance (regardless of party), with a general election that uses ranked-choice voting to pick a majority winner. Final-five voting gives voters more choices, has candidates competing for ideas and things (instead of throwing fear and outrage against one singular opponent), and creates healthy competition and a fresh marketplace of ideas. In a final-five election system, fears of spoiler candidates and wasted votes go away. The structural incentives that reward extreme behavior, while preventing broader, consensus-based candidates from stepping forward, go away. Negative campaigning goes away. Final-five voting doesn't change who wins, per se, but it changes how you win. And that, it turns out, makes all the difference in the world.

We've been exhausted working within the current system: frantic fundraising emails, fear over what bad actors who only narrowly appeal to a very small, ideological primary election constituency will do, and never feeling like we are ever voting for candidates, but just voting against those we view as more dangerous. We wouldn't accept these conditions when shopping for cars, restaurants or ketchup at the grocery store, and we sure as heck should not accept them in our political process.

Final-five voting is informed and inspired by the ground-breaking work of Katherine Gehl and Harvard Business School professor Michael Porter as a solution to re-create healthy competition, once again, in our elections. There is a bill in Wisconsin that has garnered support from more than 20 elected officials, of both parties, who recognize we cannot continue our dangerous polarization death-spiral. A recent statewide poll found that 84 percent of Wisconsin voters believe Washington is broken. We need solutions, and with final-five voting they've found a great one.

Veterans for Political Innovation will bring veterans to this political fight, not as partisan actors but as patriots who fear the continued degradation of our democracy and who want to see citizens' power returned. It can happen. I think it will happen, if we do the work and implement these election innovations. In some states these election innovations can happen though the state legislature enacting new laws. In other states these reforms can happen by citizen ballot initiative. This could be, as other eras in American history have been, a golden age of innovation, the age in which competition is restored, extreme voices are quieted, and elections focus on, once again, what you're excited about and not just what you're scared of. It's up to us. I know where I stand.

Todd Connor is the founder of Bunker Labs and the Collective Academy and the chief executive officer of Veterans for Political Innovation.