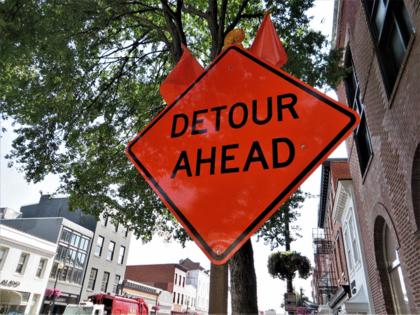 WASHINGTON — Contractors already stymied by the COVID-19 pandemic and supply chain issues now also face a Congress-created crisis as they deal with a short-term extension of the law authorizing highway and transit spending at the time of the year they traditionally begin planning for next year’s long-term projects.

The current highway law, enacted in 2015, has already been extended twice: once for a year at the end of September 2020 and again on Oct. 2. The second extension, which Congress passed after the House was unable to secure the votes for a bipartisan infrastructure bill that included five-year reauthorization language as well as $550 billion in new spending, expires Oct. 31.

For contractors, the temporary extension is a letdown. They had hoped that by now Congress would have passed legislation infusing federal dollars into the nation’s roads, bridges and rail. The delay, they say, is disheartening.

Chris Runyan, president of the Ohio Contractors Association, compares the process to a roller coaster. Where once he saw in Congress “the first true glimmer of a noticeable federal interest in the nation’s transportation system,” he now questions whether the bill will get done at all.

Democrats have been in a standoff over that bill and a larger tax and spending measure that includes the rest of President Joe Biden’s economic priorities.

Progressives say they won’t vote for the infrastructure bill until the Senate passes the larger measure, while centrists such as Democratic Sens. Joe Manchin III of West Virginia and Kyrsten Sinema of Arizona say the larger measure is too costly for them to support in its current form.

All 50 members of the Senate Democratic caucus must vote for the larger bill for it to pass under budget reconciliation rules.

Runyan said he fears the longer it drags out, the fewer Republicans will back what was originally pitched as a bipartisan bill. He was mystified when House GOP leadership whipped their members to vote against it.

“It really is very deflating,” he said. “Lord knows you can’t let the other side even appear to have a win.”

But contractors say they have become accustomed to such delays, as Congress has a long history of passing short-term extensions for what were envisioned as five-year reauthorizations.

The 2005 highway law was temporarily extended 10 times — sometimes by days, sometimes by months — as Congress fought for a long-term replacement. The 1998 law received 12 short-term extensions before finally being reauthorized, according to Jeff Davis of the nonpartisan Eno Center for Transportation.

The short-term extensions, said former Secretary of Transportation James H. Burnley IV, “are very disruptive,” particularly for an industry that relies on long-term planning in order to work efficiently.

“States need to have the legal certainty of a stable, dependable stream of federal aid on a multiyear basis to do long-term projects,” Burnley said. “When faced with extensions of weeks, months, sometimes days, they cannot go forward on the contracting side. They cannot make legal commitments in most cases, because they don’t have … the dependable flow of federal dollars that is a large part of what they are counting on to pay their contractors.”

Though it’s hard to quantify, he said, such disruptions “will inevitably increase costs on some projects.”

“The cumulative impact of that is that it simply takes longer to do major projects,” he said.

Sen. Benjamin L. Cardin, D-Md., chairman of the Senate Environment and Public Works Transportation and Infrastructure Subcommittee, said the short-term extension will be little more than a blip — a temporary inconvenience quickly forgotten when the infrastructure bill and the larger spending bill are approved.

“The bipartisan bill is going to pass,” he said.

The inability to pass a long-term bill, she said, has been frustrating for her state, which is in a period of heavy repair, maintenance and new construction.

“These short-term stops and starts are not good for state DOTs, and we’re hearing that,” she said.

She said she’s less convinced that the Democratic impasse over the bipartisan bill and the larger bill will be easily resolved.

“I don’t see how they get there from where we are right now,” she said. “But, you know, stranger things have happened.”