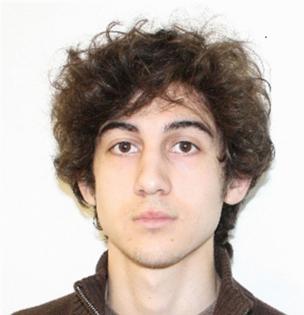 WASHINGTON — U.S. Supreme Court justices indicated they are likely to reinstate the death sentence for Dzhokhar Tsarnaev, the man convicted of setting off one of the bombs that killed three people at the 2013 Boston Marathon.

Hearing arguments in Washington on Wednesday, the court’s conservatives voiced skepticism about a federal appeals court decision that threw out Tsarnaev’s death sentence. The appeals court ruled that a federal trial judge improperly limited questioning of prospective jurors about pretrial media coverage they consumed. The panel also said the judge should have allowed evidence involving a previous crime that Tsarnaev says showed he was acting under the influence of his older brother, Tamerlan.

Justice Clarence Thomas said the Supreme Court has previously given federal trial judges “quite a bit of discretion at the jury-selection stage.” And Justice Samuel Alito questioned the usefulness of the evidence about the other crime, suggesting that judges shouldn’t be required to hold “mini-trials” about extraneous matters in death penalty proceedings.

President Joe Biden’s administration is urging the court to reinstate Tsarnaev’s death sentence even though Biden has said he is opposed to capital punishment. Attorney General Merrick Garland placed a moratorium on federal executions in July.

Tsarnaev, who was 19 at the time of the bombing, didn’t contest his guilt at trial. He instead sought to persuade jurors to sentence him to life in prison, arguing he was acting under the radicalizing leadership of his brother. Tamerlan, who set off the other bomb at the marathon’s finish line, died when he was run over by a car driven by his brother during a shootout with police. At the Supreme Court, Tsarnaev’s lawyer, Ginger Anders, said he should have been allowed to introduce evidence that Tamerlan previously robbed and murdered a close friend and two others as an act of jihad in 2011. She said the crime showed that Tamerlan was “irrevocably committed” to jihad.

“That evidence was central to the mitigation case,” Anders argued. Its exclusion “distorted the penalty phase.”

Justice Department lawyer Eric Feigin said that evidence was “very unreliable” because it came from a second suspect who pinned the murders on Tamerlan before dying in a shootout with police. Feigin pointed to U.S. District Judge George O’Toole’s conclusion that the jury would have no way of knowing which man carried out the 2011 killings.

Justice Elena Kagan called that uncertainty a “classic case” for resolution by a jury. “That’s what a jury is supposed to do, isn’t it?” she asked.

Tsarnaev’s lawyers also contend O’Toole didn’t do enough to ensure that jurors weren’t tainted by the extensive media coverage of the bombing. Although the jury screening included 21 days of questioning — a process known as voir dire — Tsarnaev’s lawyers say each juror should have been asked a series of open-ended questions about what they remembered hearing about the case.

“If you win, presumably that means that he is relegated to living under the threat of a death sentence that the government doesn’t plan to carry out,” Barrett said. “So I’m just having trouble following the point.”

Should the government win at the high court, Tsarnaev could press further appeals lasting beyond Biden’s tenure, potentially putting the decision whether to execute him into the hands of a future administration.

Despite Biden’s pledge to eliminate the death penalty, he has so far declined to commute federal death sentences to life imprisonment. After the unprecedented execution of 13 people during the final six months of President Donald Trump’s term, Tsarnaev is now one of 45 people on federal death row, according to the Death Penalty Information Center.

He is set to announce Wednesday that the Port of Los Angeles would operate around the clock to alleviate a logistical bottleneck ...Read More

The latest episode of "Impeachment: American Crime Story " revisits the events of Jan. 16, 1998, the day Lewinsky (Beanie Feldstien) was lured to the Pentagon ...Read More