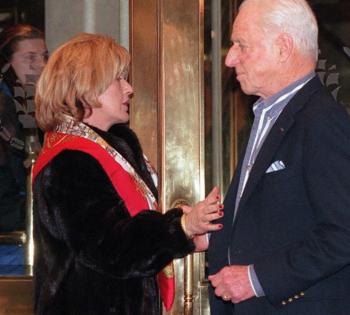 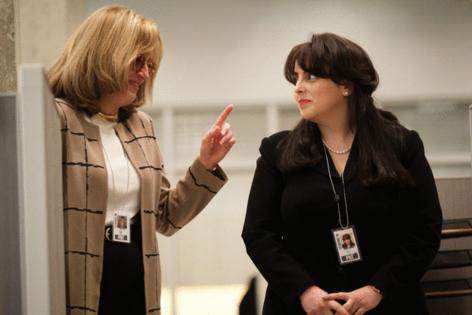 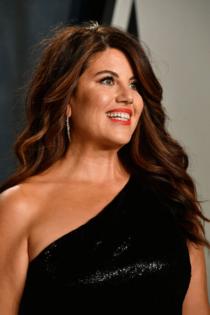 The latest episode of "Impeachment: American Crime Story " revisits the events of Jan. 16, 1998, the day Lewinsky (Beanie Feldstien) was lured to the Pentagon City Mall by Linda Tripp (Sarah Paulson), apprehended by FBI agents, taken to a suite at the Ritz-Carlton and subjected to 11 or so hours of interrogation and intimidation by prosecutors in the office of independent counsel Kenneth Starr.

"Man Handled" also more deeply explores Lewinsky's family life, including her close-knit relationship with her mother, Marcia Lewis (Mira Sorvino), who rushes to her side and helps her stand up to pressure from Starr's team.

Yes, this all happened at a mall

It's fitting that a turning point in this very '90s tale takes place in the most '90s setting imaginable: a mall in suburban Virginia. And it happened very much as portrayed in "Man Handled," right down to the black leggings and blue fleece worn by Beanie Feldstein.

In "Monica's Story," biographer Andrew Morton recounts the mundane details of the day Lewinsky went from private person to public figure. She began the day with an aerobics class at the gym, stopped for a coffee at Starbucks, then reluctantly headed to Pentagon City — across the Potomac River in Arlington — to meet with Tripp.

She was taken to Room 1012 at the Ritz-Carlton, where she insisted on calling her mother in New York. While Lewinsky waited for Lewis to make the journey via train, Lewinsky roamed the mall for several hours in a bid to kill time.

Accompanied by an FBI agent and Michael Emmick, one of Starr's deputies, she shopped at Crate & Barrel, tried to call Betty Currie, Bill Clinton's personal secretary, from a department store restroom and ate dinner with her handlers at a cheesy mall restaurant — though in reality it was not a TGIFriday's-esque establishment but a pizza place known as Mozzarella's American Grill.

At press time it was not known whether Lewinsky did, in fact, order the bourbon teriyaki salmon, though one hopes not.

Lewinsky grew up an L.A. girl — Beverly Hills, to be exact — but didn't always feel like she belonged

Georgia election investigators were unable to find any counterfeit ballots among batches identified by Republican vote-counters, according to a court brief Tuesday, dealing a blow to a lawsuit seeking to inspect absentee ...Read More

WASHINGTON — The House raised the nation’s debt ceiling on Tuesday, averting a default for about three months but setting up a tougher political hurdle for Democrats at the end of the year.

The bill was packaged with ...Read More