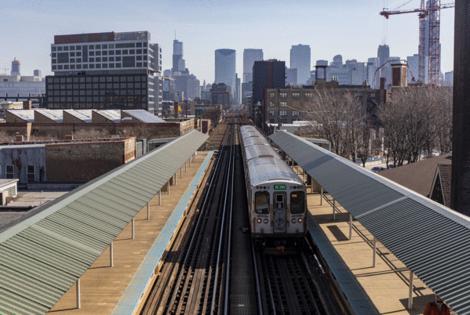 The House budget reconciliation measure allocated $57.3 billion to the Transportation and Infrastructure Committee, including $10 billion for transit and $10 billion for high-speed rail.

But the rub is this: The House is also considering a Senate-passed bipartisan infrastructure bill that included $550 billion in new spending for transportation and infrastructure.

When Congress is forced to pare programs to meet a new top line, critics can argue that transportation already got its slice of the pie.

“Certainly the argument that it had some funding in the bipartisan infrastructure bill will make it harder for there to be robust funding,” Sen. Chris Coons, D-Del., said last week about transit and high-speed rail funding.

Lawmakers are trying to reduce the original top line number after Democratic Sens. Joe Manchin III of West Virginia and Kyrsten Sinema of Arizona balked at the $3.5 trillion figure, sending the Biden administration, Democratic congressional leadership and the two centrist senators into a flurry of negotiations.

The two Democrats hold outsize sway because the party needs every member of its Senate conference to vote for the measure to pass the bill with even a simple majority under the reconciliation process.

Progressive Democrats in the House, meanwhile, have vowed not to back the bipartisan infrastructure bill until Congress has passed the larger reconciliation bill. That infrastructure bill, which the Senate passed Aug. 10, includes $110 billion in new spending for roads, bridges and major projects, as well as $39 billion in new spending for transit and $66 billion for rail.

The standoff has put both pieces of Biden’s domestic agenda on hold and may endanger the transportation elements of the larger reconciliation measure, including — in addition to the $10 billion each for transit and high-speed rail — $4 billion for a program aimed at removing infrastructure that separated Black and brown communities from cities and $4 billion for a greenhouse gas emission reduction program for highways.

Transit groups argue the original bipartisan plan included $48.5 billion for transit and was already reduced by $10 billion in the final bipartisan agreement. Reconciliation, they say, offered an opportunity to restore those funds.