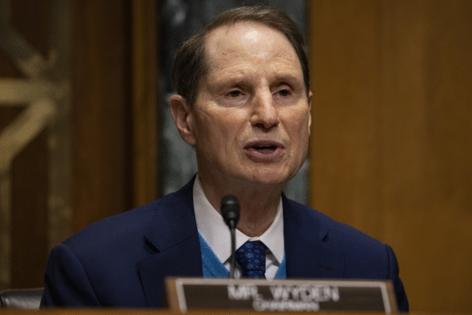 The current tax code is ill-equipped to collect levies from some of the wealthiest Americans who are able to pay preferential rates or defer taxes altogether, according to new analysis from two White House economists.

The 400 wealthiest families were able to slash their federal income tax bills to an average rate of 8.2% from 2010-2018 because of preferential capital gains rates in the tax code as well as tax laws that allow investors to temporarily or permanently avoid triggering tax bills, according to the analysis released Thursday.

The report — written by Council of Economic Advisers economist Greg Leiserson and Office of Management and Budget economist Danny Yagan — uses an unconventional method to calculate tax rates. It not only includes cash taxes owed each year but also unrealized capital gains. Most measures of effective tax rates only factor in what is paid in a specific year.

For comparison, the Urban Brookings Tax Policy Center estimates that the top 1% paid an average income tax rate of 23.5% in 2018. The average rate for all households was 9.4%.

“The wealthy can choose when their capital gains income appears on their income tax returns and even prevent it from ever appearing,” the economists wrote. “If a wealthy investor never sells stock that has increased in value, those investment gains are wiped out for income tax purposes when those assets are passed on to their heirs under a provision known as stepped-up basis.”

The report comes as lawmakers on Capitol Hill are negotiating the details of a $3.5 trillion social spending plan that will be offset by taxes on corporations and the wealthy. Plans include raising the capital gains rate, lifting the top income tax rate and imposing additional surtax on some of the richest households.

However, resistance among some Democrats has meant that lawmakers have chosen to scale back aspects of Biden’s proposed tax ideas.

The House Ways and Means Committee, in a version of the tax bill that was approved earlier this month, declined to put limits on stepped-up basis, which would have required taxes to be paid on many assets before they could be inherited. The lawmakers did include some changes to strengthen the estate tax, which affects the wealthiest 0.07% of people, according to estimates from the Urban-Brookings Tax Policy Center.

Senate Finance Committee Chairman Ron Wyden has been exploring several ideas to make the richest Americans pay taxes annually on their appreciated assets. He’s refining a proposal that he’s dubbed the billionaires tax, which would require investors to pay the Internal Revenue Service every year based on the amount their assets have appreciated, upending a longstanding feature of the tax code that taxes aren’t due until something is sold.