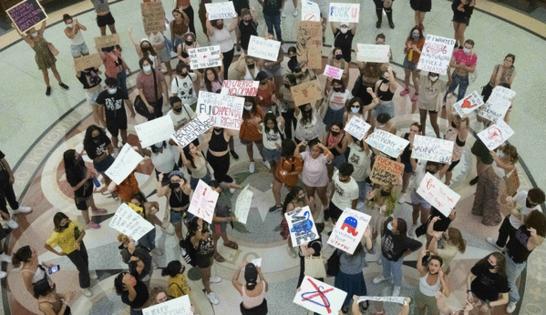 State Rep. Webster Barnaby's bill would require doctors to alert women who are seeking an abortion if a "fetal heartbeat" is detectable and prohibits a physician from conducting an abortion if it's detected. This can occur six to eight weeks into a pregnancy. Current Florida law allows for abortions to be conducted up to 24 weeks into gestation except in cases of life or health endangerment.

Why Texas' abortion law amounts to a ban on abortion

Women who become pregnant often do not know they are pregnant until after six weeks of gestation. Gestational age begins at the end of a previous menstrual cycle, and the usual first sign of pregnancy is missing a period, which typically occurs every 28 days. For those who experience irregular periods, the process may take longer.

Florida's bill was introduced on Wednesday. Should it pass and be signed into law, it would go into effect on July 1, 2022. If passed, Florida would join at least 11 other states that have passed similar "heartbeat" bills.

Texas' state law is referred to as the "Texas Heartbeat Act," but medical experts say that’s a misnomer. It bans abortion when "cardiac activity or the steady and repetitive rhythmic contraction of the fetal heart within the gestational sac."

In Florida, Rep. Barnaby's bill defines a "heartbeat" in the exact same way.