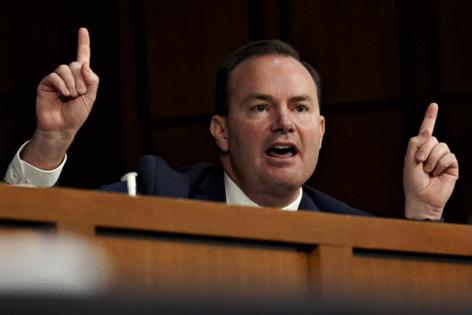 The top Republicans on congressional antitrust subcommittees are demanding documents from the Defense Department to investigate what they say is potential anticompetitive conduct related to a now-canceled $10 billion cloud-computing contract.

In a letter sent Sept. 20 to the Pentagon, Senator Mike Lee of Utah and Representative Ken Buck of Colorado demanded specific emails and records regarding alleged preferential treatment for Amazon.com Inc. in the procurement for the Joint Enterprise Defense Infrastructure, known as JEDI. The contract, which was initially awarded to Microsoft Corp., will now be split between two companies, with Microsoft and Amazon Web Services expected to submit bids.

The letter, addressed to Defense Secretary Lloyd Austin and Acting Inspector General Sean O’Donnell, follows months of exchange between the lawmakers, the Pentagon and Amazon questioning the extent to which Sally Donnelly, a former AWS consultant, advocated for the company when she was a senior adviser to former Defense Secretary Jim Mattis. Lee and Buck said they are unconvinced by an inspector general’s report clearing Amazon of any inappropriate influence and are unsatisfied by the Pentagon’s response to their previous queries.

“There is simply no legal justification for DoD to withhold the documents identified, including what appears to be ethical directives, from Members of Congress,” the lawmakers said in the letter, which was obtained by Bloomberg News. The documents “are essential to getting to the bottom of this episode and ensuring that taxpayer resources and free market competition are protected in the future.”

A Defense Department press officer didn’t immediately respond to a request for comment.

The Pentagon’s Office of Inspector General is scheduled to brief lawmakers on Oct. 5 about the cloud procurement process and alleged conflicts of interest. Lee and Buck said the requested documents should be sent three days before that briefing to give them time to prepare.

Republicans on the antitrust subcommittees are concerned about billions of dollars in government contracts that could go to just a handful of companies qualified to bid on cloud-computing projects, according to a person familiar with the committees’ work, suggesting that there could be more congressional investigations to come.