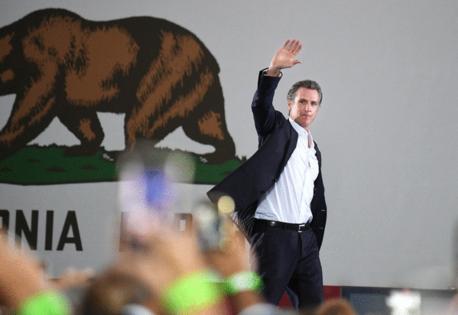 SACRAMENTO, Calif. — Gov. Gavin Newsom on Wednesday signed a pair of laws aimed at protecting reproductive health care in California, calling them urgent measures ahead of a new challenge to abortion rights that’s expected to appear before the U.S. Supreme Court.

Newsom signed the laws during an online discussion with leaders from Planned Parenthood and abortion rights advocate NARAL.

California in recent years has expanded access to abortion and sexual health care, but Newsom argued that those right are in jeopardy following a new Texas law that effectively bans most abortions and a Mississippi case headed to the U.S. Supreme Court on Dec. 1 that tests the 48-year-old Roe v. Wade decision.

“These are dark days. I don’t think one can understate the consequential nature of the moment that we’re living in,” Newsom said at a virtual press conference where he signed the bills.

AB 1184, authored by Assemblyman David Chiu, a San Francisco Democrat, would require that sensitive patient information be sent only to the patient, and not to anyone else subscribing to the health plan, such as a parent or a spouse.

“And for young people accessing reproductive care, for that transgender youth accessing gender-affirming care, for a domestic violence survivor, this violation of privacy has put them in a terrible, and in some instances dangerous, position,” Chiu said.

AB 1356, authored by Assemblywoman Rebecca Bauer-Kahan, an Orinda Democrat, makes it a crime to post personal information or images of providers, employees, volunteers or patients at reproductive health facilities, punishable by a fine of $10,000 and up to a year in jail. It also would make it a crime to intentionally record, tape or photograph a patient, provider or assistant within 100 feet of the entrance to such a facility with the intent to intimidate.

Bauer-Kahan said that the law is intended to protect people coming and going from reproductive health clinics from being harassed and intimidated by extremists from the anti-abortion movement.

“They threaten our patients and our providers and they ensure that some patients don’t receive the care that they’re there to receive,” she said.

Trump appointed three conservative justices to the U.S. Supreme Court, potentially tilting the court away from the majority that upheld access to abortion. Newsom noted that Trump appointed 231 judges to federal courts during his four-year term, calling the sum a number “that’s seared in my mind."

“Those are the number of federal judges that the Trump administration appointed. Two hundred and thirty-one mostly white and young conservative judges that were vetted by groups that are united in their opposition to the principles that we are trying to advance here today,” Newsom said. “We can’t take this moment for granted. We have to remain vigilant.”

Newsom also focused on abortion rights as he fought the campaign to recall him from office. He cited the Texas law at several rallies and suggested reproductive rights in California could be at risk if voters put a Republican leader in office.