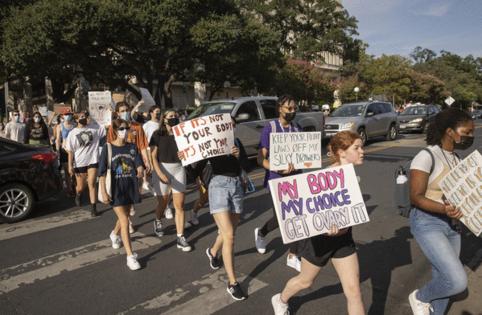 FORT LAUDERDALE, Fla. — A Republican state lawmaker has filed legislation that would create Texas-style abortion restrictions in Florida that would allow anyone to sue abortion providers or any person who helps someone get an abortion after a fetal heartbeat is detected.

The bill, filed Wednesday by state Rep. Webster Barnaby of Deltona, would create civil penalties of at least $10,000, echoing the controversial Texas law that passed muster by the U.S. Supreme Court by a vote of 6-3.

Anyone other than a government employee can file a lawsuit against someone who not only performs an abortion when a fetal heartbeat can be detected, but anyone who “aids or abets” such an abortion, including “paying for or reimbursing the costs of an abortion through insurance or otherwise ... regardless of whether the person knew or should have known that the abortion would be performed or induced,” the bill reads.

The bill specifies that the state or any state agency or local government would not be responsible for enforcement, only civil lawsuits. That specific provision is the legal basis for the Supreme Court’s deciding not to issue an injunction against the Texas law.

Gov. Ron DeSantis and the leadership of the Legislature said after the Texas court decision that such a bill would be considered.

But GOP state Sen. Kathleen Passidomo, who is slated to become Senate president after the 2022 elections, told the Sarasota Herald-Tribune she objects to the Texas law’s provision allowing private citizens to sue.

Requests for comment from Barnaby’s office were not returned.

“It’s a sad day in Florida when legislation as extreme as what Texas has passed gets filed,” said state Rep. Anna Eskamani, an Orlando Democrat. “The people of Florida have overwhelmingly opposed these types of extreme invasion of privacy policies in the past. And so I have no doubt that the backlash to filing this legislation will be real. And we’re going to do everything it takes here in the Legislature to fight back.”

Eskamani, a former Planned Parenthood spokesperson and one of the most prominent abortion rights advocates in the Legislature, said the blowback to the Texas law is already being seen.

“This type of extreme legislation has major economic consequences, with businesses actually giving opportunities for staff to relocate out of Texas because they realize they can’t attract a talented workforce in a state that doesn’t care about the needs of half of the population,” she said.

This week, two people in Arkansas and Illinois filed suits against a San Antonio doctor who publicly acknowledged performing an abortion. The suits could be the first legal test of the Texas law’s constitutionality, which is also a focus of federal Justice Department challenges.