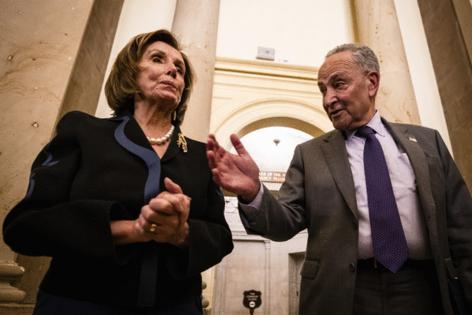 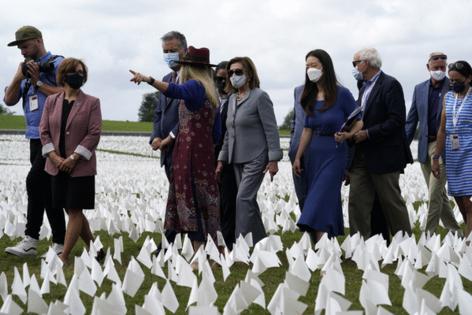 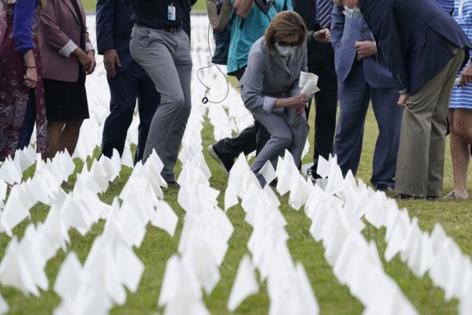 WASHINGTON — Democrats’ plan to enact an ambitious remodel of the nation’s social safety net programs is facing new hurdles on Capitol Hill amid deep divisions over the scope of the package, its cost and what can be included under the Senate’s stringent rules.

The fight comes as lawmakers also muddle toward key deadlines to fund the government in nine days and avert a default on the nation’s debt by next month.

“We’re at the moment of truth here, and the clock’s ticking and we’ve got to find a way to get everybody on the same page,” said Sen. Chris Van Hollen (D-Md.) after Senate Democrats huddled behind closed doors Tuesday.

He and other senators said Democrats weren’t yet trying to hash out policy differences. Their meeting was about getting Democrats to understand the need to come together.

Democratic leaders appear to be using sheer force of will to move the plan, daring rank-and-file members to vote against a bill that advances many of the campaign pledges the party has made for years. Given the slim margins Democrats hold in Congress, each senator — and any group of four House members — holds the ability to kill the bill.

“I’ve been herding cats now for four months or so,” said Rep. John Yarmuth (D-Ky.), who leads the House committee that will be responsible for combining several committees’ work into one bill.

Though he previously encouraged fellow Democrats to fight for what they wanted, he said they should now prepare to unite around the final version.

While much of the public debate has been over the overall price of the bill — now set at $3.5 trillion — some Democrats are trying to flip the discussion into first deciding what policy should be included.