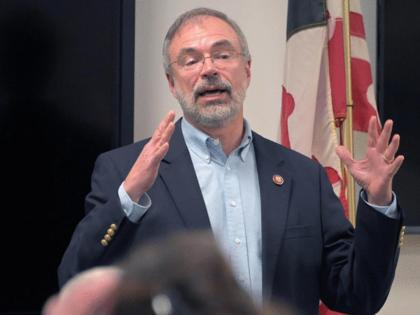 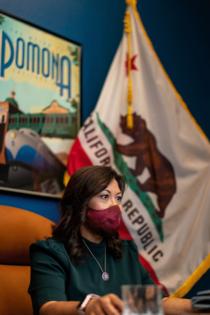 WASHINGTON — A few months ago California Democratic Rep. Norma Torres received an anonymous video of someone following her car. The camera pans down to a 9 mm handgun on the seat as a male voice says: "I see you. I got something for you."

In June, police charged a man with making "terroristic threats" against New York Republican Rep. Tom Reed by leaving a dead rat with a noose around its neck and a brick with one of his family member's names on the congressman's doorstep.

Police intervened in January when more than a dozen Trump supporters confronted, surrounded and threatened Rep. Lou Correa, a California Democrat, as he was catching a flight at a Washington airport.

In a year that kicked off with the deadly Jan. 6 attack on the U.S. Capitol, threats against members of Congress are soaring.

In the first three months of the year, Capitol Police recorded 4,135 threats against Congress members. If that pace continues, total threats in 2021 will double those in 2020.

It's a trend that has been growing for years, and Capitol Police are scrambling to keep pace. They're rethinking the way they protect Congress members in and outside Washington, forging closer ties with the FBI and opening satellite offices outside the capital for the first time.

And it's changing the job for lawmakers, who now must tread a fine line between being accessible to the people they represent and keeping themselves, their families and their staff safe. After Jan. 6, some members temporarily relocated their families over concerns that people would target their homes. Others wore bulletproof vests to the presidential inauguration.

"It's difficult, and particularly difficult for the family," said Rep. John Garamendi, a California Democrat who once as state legislator had a gun pointed at him during a town hall. "There are risks in this job. There's no doubt about it. We spend millions of dollars to let everybody know who we are. So you become a target."

Experts blame much of the increase on social media and cable news, and how easy it has become to threaten members of Congress behind the anonymity of the internet.

Four years of President Donald Trump's divisive and racist rhetoric played a role, they say, emboldening people to say things publicly that they might have grumbled about privately in the past.

The U.S. Supreme Court is broken. The Presidential Commission on the Supreme Court last week released draft discussion material that discounted one much-debated idea for fixing it — expanding the court’s size — but ...Read More