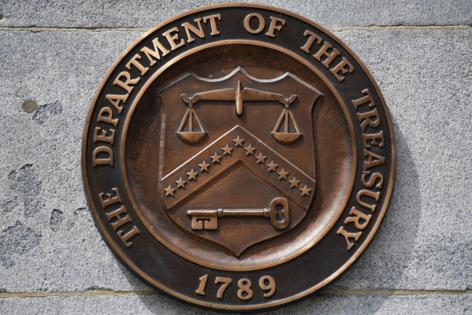 "Republicans are united in opposition to raising the debt ceiling," Senate Minority Leader Mitch McConnell, R-Ky., said Sept. 14, reiterating a pledge that 46 members of his caucus made in August. He emphasized that Republicans think the debt ceiling should be raised, but they don't want to be the ones to do it — it's the Democrats' responsibility, McConnell said, because they were the ones trying to vastly increase federal spending.

Democrats counter that the debt limit would need to be raised even if no new spending were approved. "Increasing or suspending the debt limit does not increase government spending, nor does it authorize spending for future budget proposals; it simply allows Treasury to pay for previously enacted expenditures," Treasury Secretary Janet L. Yellen wrote in a July 23 letter to congressional leaders. "The current level of debt reflects the cumulative effect of all prior spending and tax decisions, which have been made by administrations and Congresses of both parties over time."

House Speaker Nancy Pelosi, D-Calif., and Senate Majority Leader Charles E. Schumer, D-N.Y., teed up a fight Monday when they announced that a proposal to suspend the debt limit through December 2022 would be included in a must-pass bill to fund government agencies for three months. Democrats have the votes to pass that bill in the House, but Republicans could block it in the Senate with a filibuster — which would risk a partial government shutdown.

The periodic squabbles over the debt limit start for different reasons, but up to this point they've all ended with Congress agreeing to increase the limit before the Treasury Department ran completely out of money. Yet there's always the possibility that lawmakers will not reach an agreement in time, forcing the Treasury to leave some bills unpaid.

Here's a quick guide to the issues and the stakes in the current fight:

—What is the debt limit?

Federal law puts a cap on the total amount of money the government may borrow from the public or from its own reserves (such as the Social Security trust fund). That's what is commonly known as the debt limit or the debt ceiling.

Lawmakers have raised the debt limit repeatedly over the last century, and in 2019 they suspended it entirely. It kicked back in automatically on Aug. 1, forbidding the Treasury to borrow any more than its outstanding debt at the time: about $28.5 trillion, according to the Congressional Budget Office, including $6.2 trillion in bonds held in the Social Security trust fund and other governmental reserves.

—What if the debt limit isn't raised?

The U.S. Supreme Court is broken. The Presidential Commission on the Supreme Court last week released draft discussion material that discounted one much-debated idea for fixing it — expanding the court’s size — but ...Read More