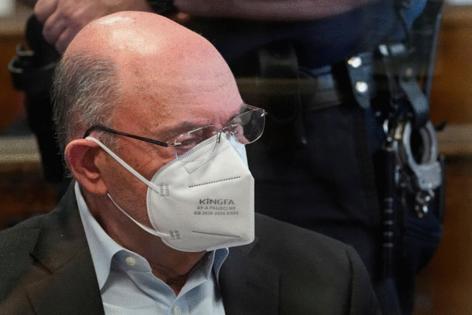 “We have strong reason to believe there could be other indictments coming. Again, we are shooting at a moving target,” Weisselberg’s attorney Bryan Skarlatos said.

The remark came during Weisselberg’s first appearance in Manhattan Supreme Court since he pleaded not guilty to a 15-year scheme to cover up alleged cheating on the Trump Organization’s taxes.

Weisselberg’s defense team asked Judge Juan Merchan for more time to sift through more than 6 million pages of evidence. The expected indictments, he argued, were further reason to pump the brakes on the case with high stakes for the company that helped make Trump famous.

“I just ask, what is the rush other than for the district attorney’s office to try to get an unfair tactical advantage with respect to Mr. Weisselberg by forcing us to make motions, change motions, and drop motions we already made?” Skarlatos said.

Weisselberg’s defense team would need to work 24 hours a day, seven days a week, processing more than 30,000 pages per day to be prepared on the current schedule for the case, the lawyer said.

“It’s just not possible. It’s a Herculean task,” Skarlatos said. “We don’t even know what we’re shooting at.”

Vance’s prosecutors revealed in a closed-door conference that they discovered new documents in Weisselberg's basement, Skarlatos said. Prosecutors handed over that new batch of paperwork to the defense prior to the hearing.

“When we were back in chambers, it was represented to us by the district attorney this package includes documents that were found in co-conspirators’ basements that are tax documents that go directly to the issues,” Skarlatos said.