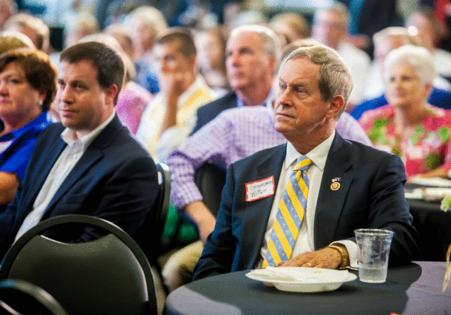 COLUMBIA, S.C. — A Democratic congressman resurfaced a more-than-decade-old remark from U.S. Rep. Joe Wilson after the South Carolina Republican accused the Biden administration Monday of lying about the Afghanistan withdrawal.

"To my friend from South Carolina, if I was the member of Congress who committed one of the most grievous acts in the State of the Union address when the president of the United States, Mr. Obama, was our guest, to shout out, 'You lie,' I would take more care in enumerating other alleged lies in a hearing with the secretary of state," Connolly, D-Va., said.

Connolly of course was referring to the 2009 incident when Wilson yelled "You lie" at then-President Barack Obama during a joint session of Congress. Wilson was later censured for the outburst.

Connolly responded to Wilson after the Republican, who represents portions of Columbia, was given the opportunity to question Blinken about how the Biden administration handled the August withdrawal of Afghanistan.

Wilson had previously expressed his disappointment and outrage at the efforts, reiterating those thoughts again Monday.

"I am shocked at your actions superseding military advice leading to the surrender of Afghanistan to be a safe haven for murderous terrorists," Wilson said.

Wilson spent most of his allotted time reading from a New York Post editorial: "6 lies Joe Biden told about Afghanistan."

The editorial said the Biden administration lied about getting all American citizens left in Afghanistan and Afghan allies out of the country. It also said the administration was untruthful when it said in July that there were no parallels to the nation's involvement in Vietnam.

"How can any American believe anything Biden says after he's lied so blatantly?" Wilson said, later calling for Biden to resign.

Blinken was only afforded 43 seconds to respond to Wilson and chose not to address his comments about the Biden administration.