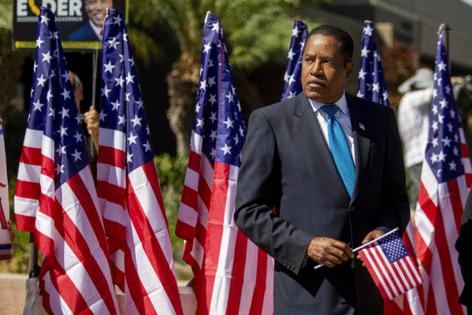 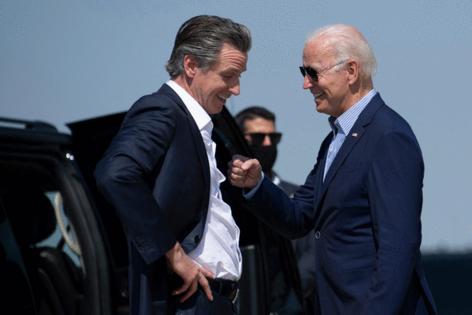 LOS ANGELES — Candidates in California’s recall election fanned out across the state and on media networks Monday for a final appeal to voters ahead of election day, with President Joe Biden expected to make an evening visit to Long Beach to stump for Gov. Gavin Newsom.

After spending the day in Boise, Idaho, and Sacramento touring wildfire devastation and discussing his administration’s response, Biden plans to arrive in Long Beach for a 7 p.m. campaign stop with the governor at Long Beach City College.

The president’s stop in California caps off the closing campaign act for Newsom, who has touted support from several high-profile Democrats in recent weeks, including former President Barack Obama, Sens. Elizabeth Warren of Massachusetts and Amy Klobuchar of Minnesota and independent Sen. Bernie Sanders of Vermont. Last week, Vice President Kamala Harris returned to California to rally voters for the governor.

The Biden administration has a vested interest in the recall’s outcome. A Newsom victory could lift Democrats after a politically challenging several weeks for the president, whose popularity has taken a hit due to the COVID-19 pandemic’s resurgence and the chaotic withdrawal from Afghanistan. The election of a Republican governor could be devastating to Democrats nationwide, with the possibility that the new governor would appoint a replacement for Sen. Dianne Feinstein, D-Calif., should she retire and leave an open seat in the deeply divided Senate.

Recent polls suggest Newsom probably has little to worry about, after an early split among voters a few weeks ago developed into a strong showing of support for the first-term governor. A University of California, Berkeley Institute of Governmental Studies poll, co-sponsored by the Los Angeles Times, released Friday showed that 60.1% of likely voters surveyed oppose recalling Newsom compared with 38.5% in favor of ousting the governor.

Long Beach busily began preparing for the presidential visit by sending a message to residents warning of street closures and traffic congestion.

“Incredibly proud that President Biden is visiting Long Beach on his first trip to California since his election as @POTUS,” tweeted Mayor Robert Garcia, a close ally of Biden and Harris.

Meanwhile, Republican front-runner Larry Elder made stops all over Los Angeles County, beginning at Monterey Park City Hall to present a medal to a World War II veteran and discuss his campaign platform, including his support for school choice and repealing vaccination mandates. He received a warm reception from attendees, as well as former Democratic state Sen. Gloria Romero and former Lt. Gov. Abel Maldonado, who have steadily supported him in the final weeks of his campaign.

Across the street from the civic center complex, Robert, a retired truck dispatcher who did not want to give his last name, stood on the lawn outside his American flag-festooned home holding a cardboard sign with the words “No Recall” in white paint.

He said he’d hastily made the sign an hour earlier, when he saw the campaign bus passing his house.