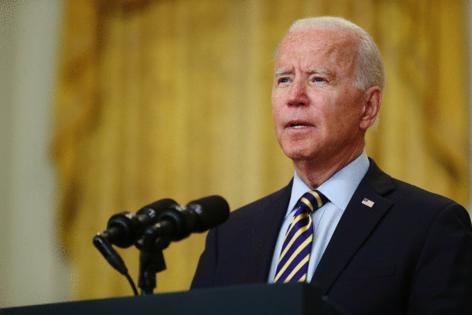 WASHINGTON — President Joe Biden is struggling with a surge in coronavirus cases, an impending wave of evictions and a spike in consumer prices that have left the White House looking unprepared and threaten to undermine months of more sure-handed work on the pandemic.

Biden surprised Congress on Thursday with a last-minute plea to extend a moratorium on evictions, two days before the ban’s expiration, leaving lawmakers little time to act.

Federal authorities also this week recommended that Americans resume wearing masks in indoor public places to curb the delta variant’s rapid spread — an outbreak telegraphed nearly a month ago when cases began rising in under-vaccinated parts of the South and Midwest. Biden implored vaccine holdouts to get inoculated, even offering them $100 for a shot — and warning federal workers they’d have to wear masks, socially distance and restrict their travel if they refuse.

The moves reinforced the impression that the Biden administration was somehow caught off-guard by delta, after the president had previously won high marks in opinion surveys for his handling of the pandemic.

The sudden eviction chaos, coupled with the pandemic’s comeback and Biden’s response, overshadowed a major achievement earlier in the week when the president sealed a bipartisan deal in the Senate for a $550 billion public works bill, one of his top priorities.

House Democrats hurried Friday to try to assemble votes for a potential extension of the eviction ban, but the effort failed as lobbyists for landlords pressured lawmakers to let the moratorium expire. The chamber is now in recess and won’t return for votes until, possibly, late September.

As the extension foundered, a round of finger-pointing ensued between Democrats at the Capitol and in the White House.

“Really, we only learned about this yesterday. Not really enough time to socialize it within our caucus” and build consensus, House Speaker Nancy Pelosi told reporters.

A Supreme Court ruling at the end of June had made clear that the moratorium could not be extended beyond July 31 without congressional action.