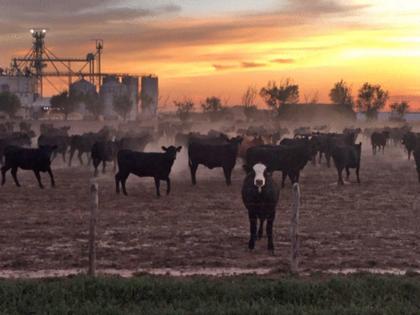 Four giant companies control more than 80% of U.S. beef processing. Ranchers and cattle feeders are seething over a surge in retail beef prices this year that they say has resulted in little improvement in the prices they receive for livestock, repeating a pattern during the early months of the COVID-19 pandemic.

Shane Miller, group president of fresh meats for Tyson Foods defended high beef prices and comparatively lower cattle values. The price swings have “everything to do with the law of supply and demand” and “unprecedented market shocks we’ve faced over the past 18 months,” he told senators.

Rob Larew, president of the National Farmers Union, blamed “market manipulation by multinational meat companies like those represented here today.” Larew called on senators to “push for much more vigorous antitrust enforcement to rein in the unchecked power of the packers, and if need be, bust ‘em up.”

“The present situation for small cow-calf producers is untenable,” said Republican Senator Josh Hawley of Missouri. “Something is seriously wrong here and it cannot go on here as it is.”

During the initial outbreak, thousands of meat-plant workers caught the virus, prompting shutdowns at facilities. Outages at plants across the U.S. slowed cattle slaughtering, sending animal prices tumbling while meat prices surged. That pattern was repeated, albeit briefly, when JBS shut down plants for about a day during a recent cyberattack.

The U.S. Department of Agriculture is offering grants and loans to encourage smaller slaughter plants to open or expand in a bid to make the food system more resilient. Meanwhile, drought and rising feed prices have been hitting profits in cattle ranching, helping to bring down herds and slowly give ranchers more bargaining power.

President Joe Biden singled out meatpacking as an area that regulators should scrutinize in an executive order earlier this month instructing federal agencies to step up efforts to promote more competition throughout the economy. U.S. Agriculture Secretary Tom Vilsack also announced plans to propose new regulations to provide livestock and poultry producers greater protection in their dealings with meatpackers.

Two bills have been introduced in Congress to require more transparency in pricing and terms of cattle purchases, in the hopes this it will give producers more leverage in transactions.

Senator Amy Klobuchar of Minnesota, a Democrat who chairs the Senate Judiciary antitrust subcommittee, said “there is widespread discontent with the pricing” and in the Senate “general support for moving forward” on some action to provide more leverage to cattle producers in selling to meatpackers.