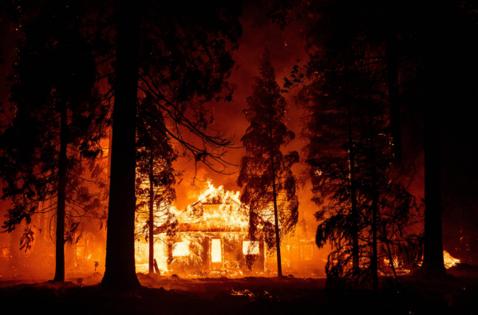 WASHINGTON — When a brush fire trapped more than 100 hikers and campers last year in the Sierra National Forest, California firefighters needed to know precisely where the blaze was — and they needed to know fast.

They turned to a little-known program called FireGuard, which gave them access to video and images captured by a U.S. military drone. The aerial view of the fire’s exact location allowed for a faster evacuation, likely saving lives.

Since 2019, the nascent FireGuard program has relied on temporary permission from the Pentagon to review classified data collected from a variety of government sources, including U.S. military satellites that search the skies for enemy missiles.

But that access could end as soon as September, just as the Santa Ana winds begin and California’s wildfire season typically becomes more active.

The latest authorization expires Sept. 30, and the Pentagon hasn’t acted on a pending one-year renewal request, or on a separate request from California lawmakers to make the pilot program permanent.

House Intelligence Chairman Adam Schiff, D-Calif., who is leading the effort on Capitol Hill to save the program, said Pentagon officials are skeptical about extending — or making permanent — a program they view as outside the scope of their mission.

“There’s some reluctance at DOD,” said Schiff, who joined 28 other California Democrats in a December letter urging Defense Department officials to make FireGuard permanent. “DOD naturally has its focus on its warfighting capability and has some hesitance to be pulled in other directions.”

Spokespeople for the Defense Department and the military’s National Geospatial-Intelligence Agency, which shares data with FireGuard, declined to comment.

If FireGuard’s access is not renewed by the end of September, federal and state firefighters could find themselves locked out of a “vastly important” tool, as Phillip SeLegue, Cal Fire’s deputy chief of intel, describes it.

“It’s important for situational awareness, for the alert of a new and emerging fire, as well as the ongoing assessment of fires,” SeLegue said. “Right now we utilize this on an hourly basis.”

As the federal debt limit brings a disastrous government default ever closer, Congress will turn to the Treasury Department for the one thing it cannot deliver: a precise deadline.