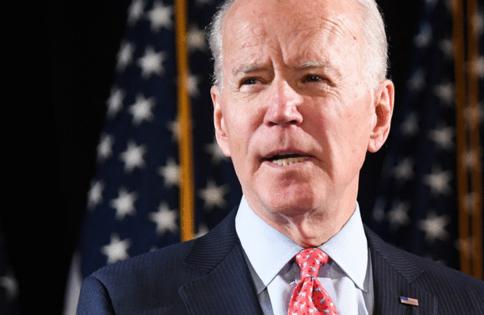 President Joe Biden is expected to visit the 9/11 Memorial & Museum in lower Manhattan in September to mark 20 years since the devastating Sept. 11, 2001, attack on the World Trade Center, according to a report.

Politico reported that the White House indicated to New York officials that the president plans to make the trip as the city prepares to commemorate the day that terrorists steered a pair of hijacked planes into the twin towers.

The White House didn’t immediately respond to requests for comment.

Biden attended a ceremony at ground zero last September, in the heat of his campaign against former President Donald Trump.

He greeted then-Vice President Mike Pence, but did not cross paths with Trump, who never visited New York City’s 9/11 Memorial during his presidency.

It wasn’t immediately clear if Biden will visit the southwestern Pennsylvania community or the Pentagon — which was also attacked on 9/11 — to mark the 20th anniversary.

WASHINGTON — After decades of fighting against the Roe v. Wade decision, conservatives scored a pair of major victories this month when the U.S. Supreme Court allowed a restrictive abortion law in Texas to take effect ...Read More

Voting to elect the leader of Japan’s ruling Liberal Democratic Party is almost certain to go to a second round, with no candidate expected to reach the initial majority needed to avoid a runoff, national broadcaster NHK...Read More

WASHINGTON — House Speaker Nancy Pelosi pledged to pass a $550 billion infrastructure bill this week and signaled that the headline amount on a bigger package of spending and tax measures will be lowered from $3.5 ...Read More

President Joe Biden hadn’t heard Germany’s election results when he returned to Washington from his weekend retreat on Sunday, but he complimented the projected winner.