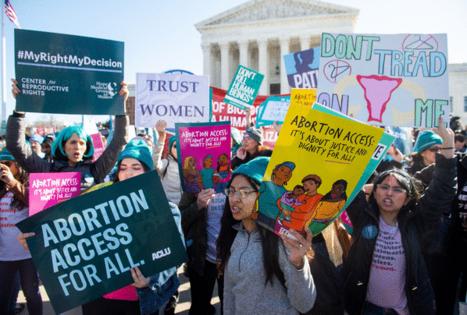 WASHINGTON — The partisan fight over whether the federal government will fund abortion coverage for Medicaid beneficiaries threatens to stall action on major appropriations bills, but the on-the-ground impact would be less dramatic than the debate suggests.

Democrats are prioritizing the removal of an annual appropriations rider known as the Hyde Amendment, which bans federal funding of abortion except in cases of rape, incest or to protect the life of the woman. The policy, which prevents programs like Medicaid or the Children’s Health Insurance Program from using federal money to cover abortion outside of those three situations, has been in every spending law since 1976.

Additional legislative action outside of the fiscal 2022 Labor-HHS-Education funding bill would be needed to broaden abortion coverage for women who receive care through departments such as Defense or Veterans Affairs.

It would be challenging to remove a long-standing abortion policy that every lawmaker who voted for Labor-HHS-Education funding in previous years allowed to continue.

Even if changes to Hyde become law, the effects would be muted, based on state abortion policies, said Laurie Sobel, the Kaiser Family Foundation associate director for women’s health policy.

“It certainly would signal a change in federal policy in the willingness to fund abortions. But given that Medicaid is a federal-state program, there’s room for the states to make their own policies,” she said. “It wouldn’t change the policy across the country. What it would do would be to provide federal support for the states that choose to provide abortion services under their Medicaid program.”

Sobel said that unless abortion becomes required under Medicaid, states that oppose the policy could continue to exclude abortion as a benefit. Changing federal benefits is a complicated process.

Essentially, she said, if the Hyde amendment were to go away at the federal level without any benefit changes, then states that cover abortion could obtain a federal matching payment for those services. But states that do not want to cover abortion would not have to do so.

“The only real impact would be that the states that include abortion currently would be able to pull down the federal match,” she said.

Data on how many abortions are currently covered by federal funding under the three exceptions is limited.