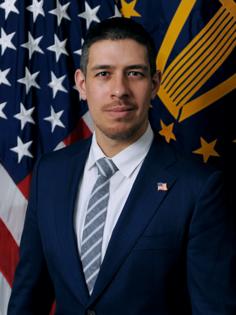 BALTIMORE — At East Preston Street, Divine watches over Midtown-Belvedere, her eyes daring with cat-like eyeliner as brushes of blue pop behind her. The “Hairspray” star stares back confidently, her hair reflecting colors of the sunset, lips puckered in a shade of rouge and with bold golden earrings.

“I’m So Beautiful,” the mural reads.

Jesse Salazar and his husband, Tom Williams, commissioned the artwork three years ago, asking Baltimore-based artist Gaia to bring the drag queen to life on the wall of their three-story house. They hoped to bring some joy and pride to the queer community, reminding them of an icon who was from Baltimore.

For months after the commission, the future of the mural was uncertain. Salazar and Williams did not seek authorization from the Commission for Historical and Architectural Preservation for the artwork, which is in one of Baltimore’s historic districts. Ultimately, the commission approved the mural retroactively.

Salazar, 38, is the highest-ranking Latinx gay civilian employee at the Pentagon. Spanning a career mostly based in Washington, D.C., he has worked for the government, political campaigns, nonprofit organizations, universities and the corporate world.

A son of a Peruvian immigrant and raised in Dalton, Pennsylvania, Salazar arrived in Baltimore in 2014 and began investing in local theater and renovating homes in Mount Vernon and Station North.

“The city’s culture is one that enriches people,” he said. “And helps people to feel like they’re part of the community.”

Salazar got his bachelor’s in European history at the University of Pennsylvania and his masters in economic history at Princeton University before working with the 2008 Obama presidential campaign.

“Mentoring Jesse Salazar is like coaching Michael Jordan,” said Kevin Jennings, who worked as Obama’s LGBT finance chair for the campaign. “I more just kind of watch in awe and cheer.”

Years later, Salazar worked at the Council on Foundations, a nonprofit that promotes philanthropy for organizations in the United States and abroad.

WASHINGTON — The United States will double the number of COVID-19 vaccine doses it is donating to the global inoculation effort as the international community struggles to meet its goals for protecting people from the ...Read More

Former President Donald Trump’s lawsuit against The New York Times and his niece over an investigative report on his tax avoidance for which she provided documents is just his “latest stunt,” her lawyer said.

FORT LAUDERDALE, Fla. — A Republican state lawmaker has filed legislation that would create Texas-style abortion restrictions in Florida that would allow anyone to sue abortion providers or any person who helps someone ...Read More

WASHINGTON — The effort to find a compromise on police overhaul legislation officially ran out of steam Wednesday, after months of negotiations failed to reach a version that could overcome Republican opposition to pass ...Read More

WASHINGTON — As Democrats consider legislation to respond to a new Texas state ban on abortion after about six weeks of pregnancy, they have lost the support of one of the few remaining Republicans who support abortion ...Read More

WASHINGTON — The United States will double the number of COVID-19 vaccine doses it is donating to the global inoculation effort, President Joe Biden announced Wednesday.

The commitment will bring to more than 1 billion ...Read More