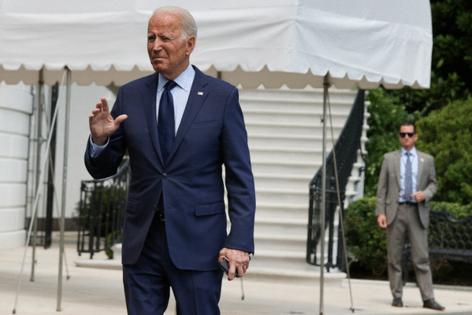 Facebook Inc. expanded on its pushback to President Joe Biden’s comment that social media networks enabled the spread of misinformation about vaccines, saying that it won’t take the blame for the administration missing its target to get 70% of Americans inoculated by July 4.

Biden said Friday that social media networks are “killing people” by allowing the spread of misinformation about coronavirus vaccines, saying that “the only pandemic we have is among the unvaccinated” after he was asked about his message for tech companies.

After social media giant said Friday the administration’s assertions are “not supported by facts,” Facebook’s Vice President of Integrity Guy Rosen posted a blog Saturday, using customer surveys and other actions the company had taken as defense. Among them include its data showing 85% of U.S. users have been or want to be vaccinated, and its efforts have also pushed vaccine hesitancy down by 50%, he said.

“At a time when COVID-19 cases are rising in America, the Biden administration has chosen to blame a handful of American social media companies,” Rosen said. “Facebook is not the reason this goal was missed.”

Facebook has previously said it removed millions of posts from its core product and the photo sharing app Instagram for violating its policies, and stepped up enforcement against repeat offenders. The administration “clearly” did not believe that was a sufficient response to a “life or death issue,” the White House said Friday.