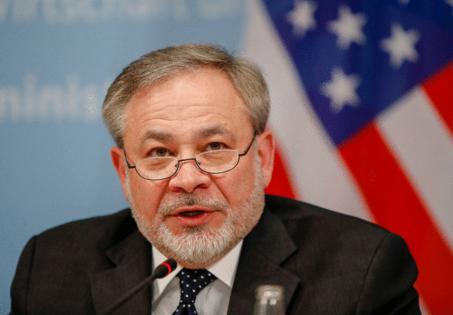 According to a report by Bloomberg News, Brouillette started his new job July 6 with Sempra Infrastructure and will work out of Houston, where the company has regional offices.

Brouillette came to the Trump administration in early 2017, serving as deputy secretary at the Department of Energy under Rick Perry. After Perry stepped down, Brouillette took over the No. 1 job from December 2019 through the conclusion of the Trump presidency in January. He was confirmed by the Senate in a 70-15 vote that saw a number of Democrats, including Richard Durbin of Illinois and Tom Udall of New Mexico, voting yes.

In his time at DOE, Brouillette espoused a policy of pursuing "American energy dominance" and has been a booster of exporting U.S-produced liquefied natural gas, or LNG, to foreign markets.

Sempra has aggressively moved into the LNG export space. The company is majority owner of the $10 billion Cameron LNG facility on the Louisiana Gulf Coast and has plans to build two more major export projects — one in Port Arthur, Texas, and another in Ensenada, Mexico.

Sempra Infrastructure will combine the Sempra LNG subsidiary with IEnova, the company's subsidiary that is one of the biggest private energy companies in Mexico. The new subsidiary looks to simplify and add scale to the company's LNG projects, natural gas portfolio, renewable energy assets in Mexico and its pursuit of lower-carbon technologies.

"He's been on the public side as energy secretary and he's been in the private side as well," Doyle said. "In terms of building relationships to get contracts signed, I would imagine his international ties would be helpful to see who may need exports."

Fred Hutchison of the Washington D.C. trade group LNG Allies praised Brouillette. "DOE has such a broad portfolio that the person in charge of day-to-day management has to be a really good manager and that's Dan Brouillette," Hutchison said.

But the local environmental group SanDiego350 criticized the move.

"It's a clear signal that Sempra's going to double-down on their fossil-fuel fracked gas empire and they're going to release much more greenhouse gas," said Scott Kelley, who is also a biology professor at San Diego State. "They're going to keep us from transitioning to renewables."

A native of Louisiana, Brouillette led the public policy teams at Ford Motor Co., and before that was senior vice president at USAA. Prior to that, he worked on Capitol Hill in a number of positions, including chief of staff to the U.S. House of Representatives Committee on Energy and Commerce.

Sempra officials said they will announce the names of the complete leadership team at Sempra Infrastructure "in the coming weeks" when it expects to finalize a deal with KKR & Co., the global investment firm. KKR has agreed to pay $3.37 billion for a 20 percent stake of the newly formed subsidiary.

In 2021, more than 140 historians participated in the C-SPAN evaluation of American presidents. The rankings haven’t changed much in two decades. The reputations of Woodrow Wilson, Andrew Jackson and Grover Cleveland ...Read More

They are wrong. Whereas President George W. Bush and President Barack ...Read More

Journey with us, if you will, all the way back to August 2019. In a budget deal passed by Congress and signed by President Donald Trump, Washington suspended the U.S. debt limit for two years — two years in which ...Read More

NEW YORK — Donald Trump’s lawsuit against the New York Times and his niece Mary Trump over an award-winning investigative report on his tax avoidance — for which she provided crucial documents — is just the former ...Read More