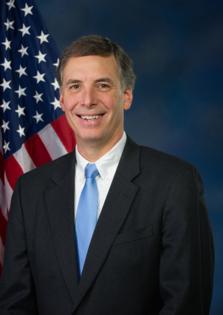 MYRTLE BEACH, S.C. — Six months into President Joe Biden’s presidency, a voter in Horry County wanted to know who won the November 2020 election, and he wanted the answer to come directly from his representative, Republican U.S. House Rep. Tom Rice.

There is a caveat, however, Rice offered at that same town hall event in Conway.

The 2020 election between Biden and former President Donald Trump had its “problems,” Rice said.

For instance, Rice said the U.S. Supreme Court should have weighed in on whether it was constitutional that mail-in ballots be counted after Election Day. And some Republican Pennsylvania lawmakers, some of whom have recently floated an audit of their 2020 ballots, similar to Arizona’s undertaking now, asked Congress not to certify their Electoral College votes back in January — a request Rice and others agreed to.

But ultimately, Rice said, “the election is over and Joe Biden won, period. That’s it.”

It comes after Rice stunned most South Carolina Republicans in January, joining House Democrats and a handful of Republicans to vote to impeach Trump for his role in the Jan. 6 riot when thousands of the former president’s supporters stormed the Capitol, sending members of Congress and staff into hiding.

In May, Rice joined a handful of House Republicans who voted to create a Jan. 6 commission to review the riot.

In a statement on Jan. 6, Rice said he had backed Trump tirelessly for years.