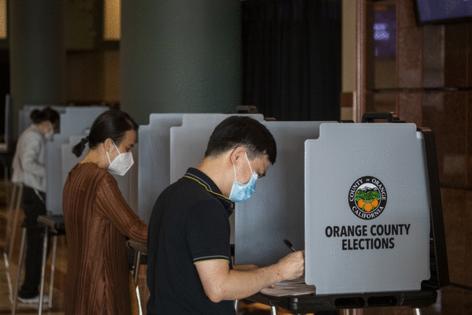 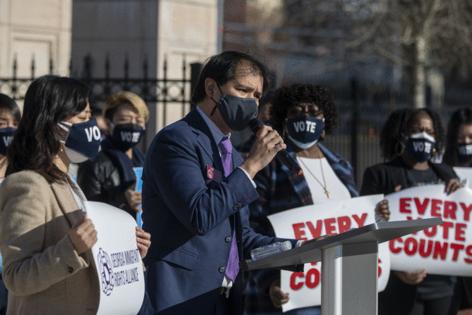 WASHINGTON — Democrats are holding out hope for a national voting overhaul, a top priority and crucial piece of strategy for the party and the Biden administration. But they are running out of time to get it done with redistricting looming and Republicans pushing new state-level voting restrictions.

Two rival voting rights bills are currently up for consideration in the Senate: the For the People Act and the John Lewis Voting Rights Act.

Senate Majority Leader Charles E. Schumer, D-N.Y., said he would bring the For the People Act to a vote next week. With the clock running low and margins looking slim, here’s a look at the differences between the bills and where each stands.

What do the bills do and what is the difference between them?

Although the two bills are often lumped together, they are very different measures.

The For the People Act is ambitious and broad. It would create uniform federal election rules for all 50 states, preserving early voting, voting by mail and same-day registration.

Additionally, it would revamp the Federal Election Commission, require states to establish independent redistricting commissions and implement a national voter registration system. Any voter could opt out of being registered, but otherwise, the system would automatically register people by pulling information from preexisting government databases, such as state driver’s license records.

There are also a few things in the bill that aren’t immediately related to voting rights and access. It would expand rules surrounding lobbyist disclosure and make several changes to existing ethics rules across all three branches of government. Most notably, the For the People Act would require a code of ethics for the Supreme Court and would require presidential nominees to release their tax returns.

The John Lewis Voting Rights Act, on the other hand, is a fairly narrow piece of legislation. Named for the late congressman and civil rights hero who fought for equal access to the ballot, it would strengthen preexisting portions of the Voting Rights Act of 1965, creating a pathway for new voter laws to be challenged in the courts and requiring “preclearance” on a variety of changes to state and local elections procedures.

Wait, what is preclearance?