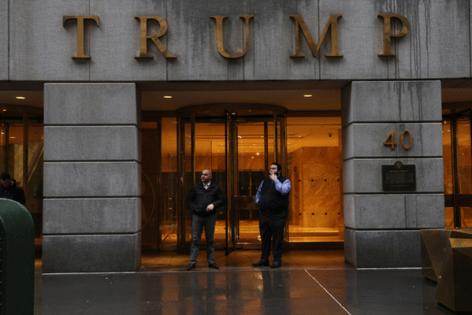 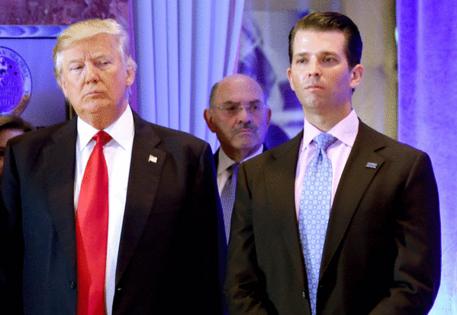 NEW YORK — Sorry, Mr. Trump — your name is not on the guest list. Your table will not be ready. And your money really is no good around here.

The post-presidency unwelcome mat remains out for the New York native in his hometown, the hub of the Donald Trump universe for decades before he vanquished Hillary Clinton. Six years after announcing a longshot White House run inside his namesake Midtown skyscraper, The Donald swapped Manhattan for Mar-a-Lago and abandoned his old stomping grounds.

Not that anyone’s complaining too loudly. The Queens-born Trump, the one-time gossip column habitue and tabloid headline maker, remains widely reviled across the city where he was overwhelmingly spurned by his old neighbors last November. Joe Biden of Scranton, Pennsylvania, trounced local guy Trump by 1.6 million votes, collecting 76% of the city’s ballots.

The feeling is apparently mutual: The departed commander in chief has visited his former Trump Tower home exactly once since exiting Washington, spending two days in the city where he’s about as relevant as a reboot of “The Apprentice.”

“He used to think he was the king of New York,” said Barbara Res, a former executive vice president with the Trump Organization. “And now he can’t come here without 10,000 people protesting and hating his guts.”

And so the NYC pariah winters in Florida, with plans to stay in New Jersey this summer. His latest public appearance came way off-Broadway in Greenville, North Carolina, a full 500 miles south of his old digs and the lingering problems back in his hometown: A criminal investigation conducted jointly by Manhattan District Attorney Cy Vance Jr. and state Attorney General Letitia James as well as two defamation lawsuits by women accusing Trump of sexual assault.

And there’s the move by City Hall to cut all ties with the developer, including his banishment from ice skating rinks in Central Park and a battle to fire Trump from running a Jack Nicklaus-designed golf course in the Bronx. The breakup followed his alleged role as an inciter of the Jan. 6 riot at the U.S. Capitol.

Yes, he was once a fixture on the city social scene, squiring his rotating roster of wives to myriad events across Manhattan and making headlines.

But there was something about Trump that made him hard to embrace, recalled Robbins.