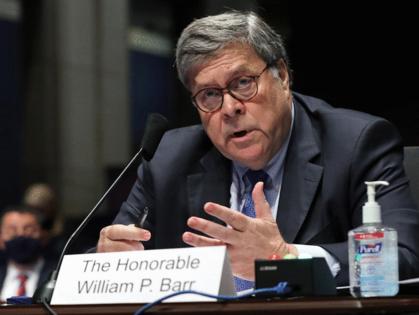 It's about time a president drew a firm line against a Justice Department that would use its broad powers to hunt down reporters and their records. Too many administrations — Republican and Democratic alike — have gone after reporters for confidential sources, even to the extent of criminal prosecutions.

To show how entrenched the practice has become, consider that it was May 21 when Biden first told reporters that he would stop his Justice Department from seizing journalists' phone records. This was after reports that the Trump administration had taken phone and email records for reporters at The Washington Post and CNN, including logs of personal email accounts and home phones. A horrified Biden said, "Absolutely, positively, it's wrong. It's simply, simply wrong. I will not let that happen."

But as it turned out, Biden's own Justice Department had been pursuing the investigation that started under President Donald Trump, including issuing a gag order that for months had prevented New York Times lawyers from discussing the investigation even with top editors. Times Executive Editor Dean Baquet was explicit: "The Justice Department relentlessly pursued the identity of sources for coverage that was clearly in the public interest in the final 15 days of the Trump administration. And the Biden administration continued to pursue it."

And last, the New York Times revealed that Trump's Justice Department also took the unusual step of seizing records from U.S. House Democrats as part of the administration's investigation into leaks related to the Russia probe and other national security issues. That news, appropriately, has now drawn the attention of the department's internal watchdog.

All of these revelations are deeply troubling. Press freedom is foundational to democracy. Citizens cannot hold their government accountable if they don't know what it is doing. That's why the founders of this nation made press freedom part of the First Amendment. When deployed to learn reporters' sources, government subpoenas, search warrants and gag orders are an infringement of that freedom, intended to intimidate reporters and sources alike.

After news reports surfaced of President George W. Bush's warrantless wiretapping program, his administration began investigating reporters' sources. Under President Barack Obama, with Biden as vice president, the Justice Department seized journalists' records at The Associated Press in 2013, and used a search warrant to obtain the emails of a Fox News reporter. That created enough of an uproar that then-Attorney General Eric Holder tightened guidelines on leak investigations, including a ban on describing journalists as "criminal co-conspirators," as had been done with the Fox reporter.

Then came Trump, with his well-known contempt for reporters, whom he described as "enemies of the people." Leak investigations continued to climb under his attorneys general, both Jeff Sessions and later William Barr. Trump urged former FBI Director James Comey to consider jailing reporters.

Biden's commitment to upholding press freedoms is welcome after the past few administrations. It has been followed by a Justice Department policy revision that stated, "Going forward, consistent with the president's direction, this Department of Justice — in a change to its longstanding practice — will not seek compulsory legal process in leak investigations to obtain source information from members of the news media doing their jobs."

This should never have become a "longstanding practice." Journalists are not here to recycle government press releases. Their job is to ask the hard questions, the ones government officials would rather not answer. Thankfully, the president appears to recognize that role and has communicated his views to his attorney general.

Testifying before Congress earlier in the week, before news broke on the targeting of Democratic members of Congress, Attorney General Merrick Garland said that "going forward, we have adopted a policy which is the most protective of journalists' ability to do their jobs in history. … We will not use compulsory process in leak investigations to require reporters to provide information about their sources." He can add Congress to that promise.

Biden is right to put an end to these shameful tactics directed at news media members, and to ensure his Justice Department is committed to the same.