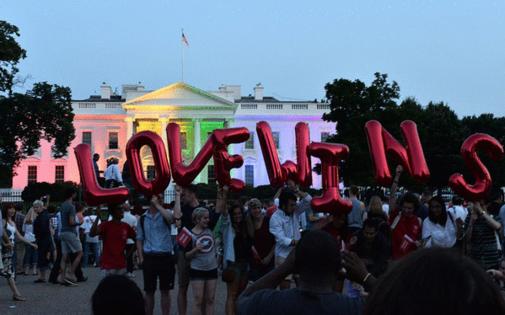 After three years of marriage, my writer husband, Julius Lester, and I had worked out a good arrangement: He wrote in our grimy New York apartment, taught a few guitar students and cared for baby Rosa while I attended City College graduate school. My fellowship funded it all.

But late one January night he stood in our kitchen, stirring diapers boiling on the stove, and told me he’d decided to move south. He wanted to be a cultural worker for the Student Non-Violent Coordinating Committee. I looked at him in disbelief.

“We said we’d never be apart,” I told him while I rocked Rosa, asleep in her carriage.

When he said he had to go, I responded, “Take me with you.” Our baby could come too. But he said he couldn’t take a white wife; it was too dangerous. We might be arrested or killed. For him, the South was home. I would be a tourist. He said it was his revolutionary duty. “I’m called to go,” he said. “By myself.” Two days later he picked up his suitcase, hugged me and walked out the door.

For the next two years, except for brief visits home, Julius remained in shoot-on-sight Mississippi, where, if we were seen together, our lives wouldn’t be worth a nickel. Our marriage wouldn’t protect us. When Julius and I were married in New York in 1962, Mississippi and 20 other states still outlawed interracial marriage. No way could I accompany my Black husband to the South.

But a legal case working its way through the courts gave me hope: Loving vs. Virginia contested the state of Virginia’s Racial Integrity Act, criminalizing sex or marriage between “white” and “colored” people.

The plaintiffs, Mildred Jeter Loving and Richard Loving — childhood sweethearts described as a Black woman and a white man — had traveled in 1958 to Washington, D.C., where they married. Upon their return to Virginia, a sheriff burst into their bedroom at 2 a.m. and reportedly asked Richard, “What are you doing in bed with that woman?”

“I’m his wife,” Mildred protested, and when Richard pointed to their marriage license on the wall, the sheriff told them, “That’s not good here,” the couple often recounted. They were taken to jail.

After pleading guilty to violating the Virginia law, their one-year prison sentences were suspended on the condition they leave the state. At Mildred’s insistence, they filed a class-action suit in a U.S. District Court in Virginia but lost when the judge ruled that when God created the races “he placed them on separate continents,” demonstrating his segregationist intent.

In 1964, Mildred wrote to Robert F. Kennedy, then U.S. attorney general, and asked for help. She was referred to the ACLU, which took on the case. When the Lovings’ lawyers asked Richard what message he wanted to send the U.S. Supreme Court, he said, “Tell the court I love my wife.”