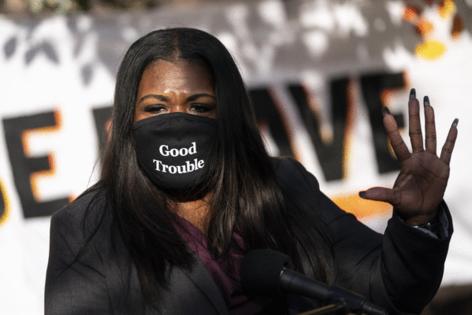 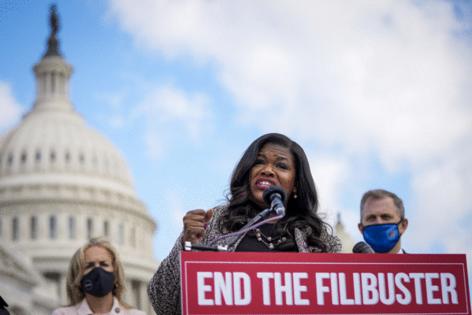 WASHINGTON — When House leaders learned that freshman Missouri Rep. Cori Bush was going to oppose a $1.9 billion bill to upgrade U.S. Capitol security, they enlisted the senior colleague from her home state in the hope that he could dissuade her.

“People came to me from leadership and said, ‘Hey we think your home girl is going to vote against the funding bill, which would include Capitol Hill police. Would you mind having a conversation with her?’” recalled Missouri Democratic Rep. Emanuel Cleaver.

Bush sat down with Cleaver and listened to his arguments, but didn’t defer to the older Democrat. It’s a sign of her willingness to buck pressure from party leadership — or, for that matter, anyone — when it comes to the issue of policing.

“I stand firmly,” Bush told The Kansas City Star last month, speaking generally. “I won’t be pushed back by any Congress member.”

The two Democrats, who represent St. Louis and Kansas City, respectively, both broke barriers in their paths from civil rights activism to elected office. Cleaver, 76, was Kansas City’s first Black mayor. Bush, 44, is the first Black woman to represent Missouri in Congress.

But last month’s vote highlighted their generational and ideological differences.

Bush was one of just three Democrats, along with Massachusetts Rep. Ayanna Pressley and Minnesota Rep. Ilhan Omar, to oppose the security legislation, a response to the Jan. 6 Capitol attack.

Cleaver said he appealed to Bush by pointing out that the bill would have an impact on all Capitol workers. “If you can’t vote on bonuses for Capitol Hill police, vote for the bonuses of people who clean the bathroom,” he said.

The congresswomen said the bill did not do enough to help heal traumatized Capitol workers, spending 50 times more on creation of a quick reaction force within the Capitol Police than on counseling. The increased security, they argued, will not expose the root causes of the attack or ensure greater safety.