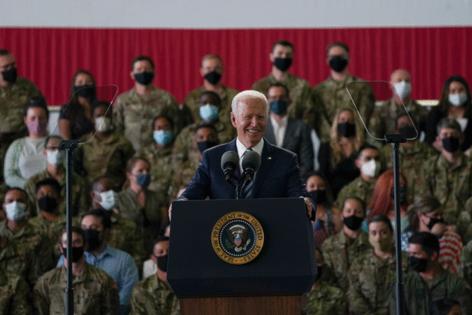 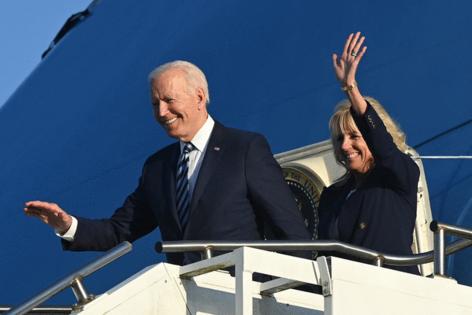 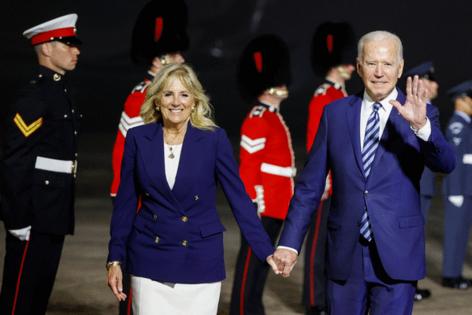 CORNWALL, United Kingdom — President Joe Biden arrived in the United Kingdom on Wednesday to begin a week of summits and meetings in three countries. His first international trip as president comes almost five months after he took office and as the pandemic is finally easing across Europe and the United States. According to aides, he’s set to meet with more than 30 world leaders.

The first three days will center around the annual summit of the Group of Seven leaders from the world’s biggest democracies. British Prime Minister Boris Johnson is this year’s host and is welcoming Biden and the other heads of state to Cornwall on England’s western coast, where Johnson spent summers as a boy.

Here are five story lines to watch as the G-7 unfolds through this weekend:

1. Can Biden get allies to be tougher on China?

Biden intends to firm up the trans-Atlantic alliances, yet European leaders have no doubt taken note that the first two foreign leaders he invited to the White House were from Japan and South Korea. That underscored the priority he’s placing on the Indo-Pacific region and the overarching goal of constraining China, America’s biggest economic rival.

Japan is also among the G-7 nations, but the other nations are Western countries: Britain, France, Germany, Italy and Canada, along with the 27-nation European Union. Biden is eager to secure more explicit commitments from allies to crack down on Beijing’s violations of intellectual property rights, cyberespionage and human rights abuses and at the same time to strengthen their domestic supply chains to reduce reliance on Chinese products.

The question is just how willing Japan’s and Europe’s leaders will be to go along, given their countries’ economic ties to China.

Biden, at 78 and after decades as a foreign policy leader, is a familiar and reassuring presence to G-7 allies, especially after their four years dealing with his unpredictable predecessor. Yet he doesn’t know some of his counterparts all that well, making it unclear who will emerge as his main interlocutor on the other side of the Atlantic.

German Chancellor Angela Merkel, who worked closely with President Barack Obama as well as Biden, is in her final year in office. Also familiar to Biden is France’s Emmanuel Macron, but he wants to demonstrate independence from Washington. And Johnson, who rose to power by backing his country’s exit from the EU, is not a natural partner for Biden, especially given the president’s emphasis on multilateralism and the strains Brexit created for the Northern Ireland peace process in which Biden has long been deeply invested.