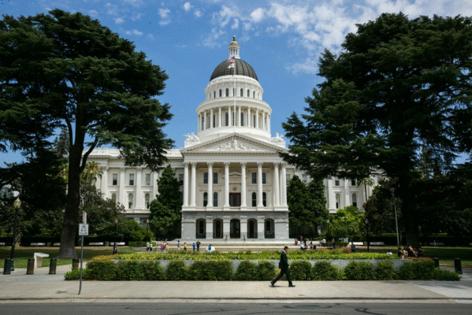 State lawmakers are debating a bill to eliminate out-of-pocket expenses like copays and payments toward deductibles for abortions and related services, such as counseling. The measure, approved by the Senate and headed to the Assembly, would apply to most private health plans regulated by the state.

So far this year, 559 abortion restrictions have been introduced in 47 state legislatures, 82 of which have already been enacted, said Elizabeth Nash, a state policy analyst at the Guttmacher Institute, a nonpartisan research institute that studies abortion and reproductive health care. That’s already the third-highest number of abortion restrictions adopted in a year since the U.S. Supreme Court’s landmark Roe v. Wade ruling of 1973, which affirmed the legal right to an abortion, she said.

By comparison, just a handful of bills, including California’s, would make it easier or cheaper to terminate a pregnancy, she said.

The state legislature is considering the bill just as the fate of Roe v. Wade has been thrown into question. The conservative-leaning Supreme Court has agreed to review later this year a Mississippi law that bans abortions after 15 weeks, and its ruling could end or weaken Roe.

“It’s tough to know your reproductive rights may be in question again after it’s been decided for 40 years,” said state Sen. Lena Gonzalez (D-Long Beach), author of the California bill, SB 245. “We’re taking a stance, not just to make abortions available but to make them free and equitable.”

“If we’re trying to look out for the economically disadvantaged, I think it’s repulsive that the best we can offer is a free abortion,” she said.

California already offers broad protection for abortion. It’s one of six states that require health insurance plans to cover abortions, and most enrollees in the state’s Medicaid program for low-income people, Medi-Cal, pay nothing out-of-pocket for the procedure.

When Bella Calamore decided to seek an abortion in May 2020, she thought the procedure would be free through Medi-Cal. But at the clinic, she learned that her father had recently enrolled her in his Blue Cross Blue Shield plan, which told her she would owe $600 after insurance was applied.

Iran’s approach toward restoring its nuclear deal with world powers won’t change after this month’s presidential election, a top official said, amid expectations that Hassan Rouhani will be succeeded by a hardliner ...Read More

WASHINGTON — President Joe Biden has proposed cutting by nearly half the Pentagon’s budget for the leading U.S. government program for preventing, detecting and responding to global disease outbreaks, a move that even ...Read More

Former President Donald Trump took sides in North Carolina’s open Senate race over the weekend, endorsing GOP Rep. Ted Budd. In Congress, Budd proved to be a loyal Trump ally, but he did break with the former president ...Read More

NEW YORK — The Justice Department is going ahead with the controversial defense of former President Donald Trump against a defamation lawsuit brought by a woman who accused him of rape in the 1990s.

The DOJ defense of ...Read More