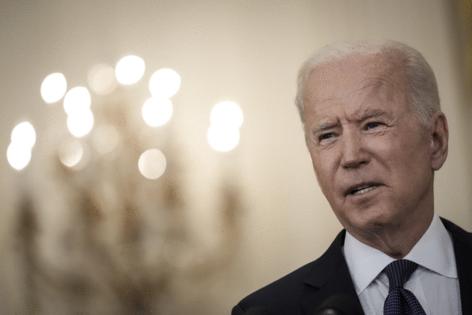 WASHINGTON — President Joe Biden has proposed cutting by nearly half the Pentagon’s budget for the leading U.S. government program for preventing, detecting and responding to global disease outbreaks, a move that even the White House’s staunchest allies on Capitol Hill oppose as the nation continues to grapple with the COVID-19 pandemic.

The so-called Biological Threat Reduction Program finds and fights emerging global diseases that can threaten U.S. troops and, ultimately, the world’s population. In fact, the Pentagon program funded a lab in Thailand that detected in January 2020 the first case of novel coronavirus outside China.

The Defense Department wants the program’s fiscal 2022 budget to be set at $124 million — or 45 percent lower than the current level, according to the Pentagon’s budget justification documents, which were released earlier this month.

Administration officials have not yet responded to several requests for an explanation of the proposed cutback, which has not previously been reported.

The proposed funding reduction comes as U.S. intelligence agencies and scientists predict that pandemics will become increasingly common and as COVID-19 still rages in many countries and hangs on in America.

Some of Biden’s top allies in Congress said they are baffled and concerned about the move, as are some Republicans and many experts on pandemics.

Senior members of the House Armed Services Committee told CQ Roll Call in statements that the funding must not be cut.

“Rather than cut funding, we need to double down, learn from the global pandemic, and support programs that work to increase our capacity to anticipate and respond when another dangerous pathogen arises,” Gallego said.