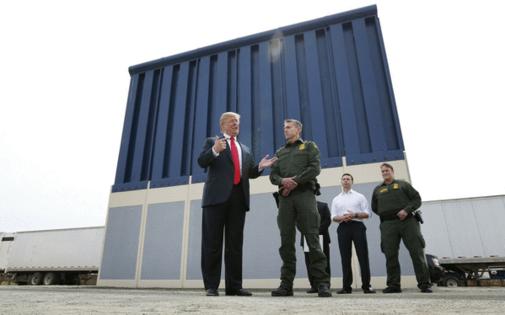 WASHINGTON – President Joe Biden is calling for $1.2 billion in border infrastructure spending for the next fiscal year as his administration works to address record-high migration numbers at the U.S.-Mexico border.

But Democratic and Republican lawmakers have vastly different ideas of what that funding should look like, teeing up a partisan battle when the narrowly divided Congress considers its annual spending bills.

In a preview of his fiscal 2022 budget request released last month, Biden called for modernization of land ports of entry, investments in modern border security technology, and resources to ensure the safe and humane treatment of migrants in Customs and Border Protection custody — but no new funding for a border wall. A more comprehensive budget request is expected later this month.

“Clearly we need to use better technology,” said Sen. Bob Menendez, D-N.J., the Foreign Relations Committee chairman and chief sponsor of Biden’s comprehensive immigration legislation (S 348). “At the end of the day, we need to have area vehicles, satellite, the ability to interface with Border Patrol and Customs, and so I’m open to whatever it is. We’re not building a wall.”

Republicans, meanwhile, say Biden’s decision to halt border wall construction immediately after his inauguration was a mistake. Many conservative lawmakers contend that the suspension violated federal law against executive branch overreach into congressional funding decisions, a question currently being investigated by the Government Accountability Office.

“I believe we need to, at least, extend the money that we’ve appropriated to the wall,” said Sen. Shelley Moore Capito, R-W.Va., ranking member of the Senate Appropriations homeland security panel.

“I would heavily encourage continuation of technology,” Capito added, “and the things that we know are helping stretch our border agents’ ability to really deter and to disrupt.”

“In Arizona, we need a secure border, and that includes money for infrastructure technology,” said Sen. Mark Kelly, D-Ariz.

But the border wall — or lack of it — presents a much thornier debate. During the Trump administration, the border frequently emerged as one of the most contentious issues in debates over annual government spending, with Democrats and Republicans duking it out over the controversial border wall.