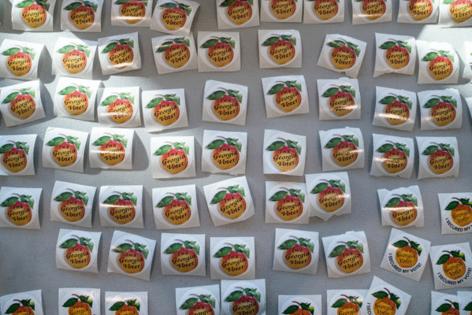 Although I have lived in six states, I didn't realize until recently how much voting access still depends on the state in which you reside. While laws can no longer explicitly exclude entire groups of would-be voters based on their religion, gender or race, voting is by no means equally accessible in all states. Registration options, deadlines, early voting and so much more vary significantly from state to state.

Considering this variety, the question surfaces: To what extent should the federal government provide and protect voting rights? Today, this question pertains to the For the People Act, which would promote the freedom to vote for all Americans. But this is not a new question.

Americans have been debating the roles of the federal and state governments since our nation's inception. Because no national standards for voting rights were specified in the Constitution, states decided who could vote (primarily landowning white males) and where and when those ballots could be cast. However, Article I, Section 4, Clause 1 of the Constitution specifically affirms that "Congress may at any time by Law make or alter" the "Times, Places and Manner of holding Elections." The Constitution empowers Congress to respond to the needs of an expanding democracy.

While the 2020 election was rife with contention and disinformation, there are two reasons to commend it. First, it had the highest voter turnout (66% of eligible voters) in decades. Additionally, it was found to be "the most secure in American history" by some of the nation's top cybersecurity officials. In such a tumultuous year, these were two important indicators. A functioning democracy requires both high levels of voter turnout and election security.

Unfortunately, rather than asking how to promote both voter participation and election processes we can trust, state legislatures across the country are using the myth of voter fraud to introduce legislation to restrict voting access. Consequently, the further protection of voting rights provided the For the People Act is crucial. This bill establishes national standards for voting access in each state (as well as much-needed campaign finance and ethics reforms).

Though these voting reforms are well within the bounds of constitutionality, opponents claim S 1 (as the bill is known in the Senate, where it is now under consideration) would federalize our elections. Yet elections would still be administered locally, and state legislatures could establish differences to their elections as long as they meet the national standards in the For the People Act. Surely the federal government has the ability, if not even the responsibility, to protect the freedom to vote in federal elections for all eligible Americans? The majority of Americans believe so. The bill has substantial (and, notably, bipartisan) popular support. Even when presented with messaging explaining that opponents say "states should control their own elections," 68% of Americans (including 57% of Republicans) approve of the bill as a whole.

Historically, Confederate states used the claim of states' rights in their attempt to preserve slavery. Even after the 15th Amendment, Southern states used the power of states' rights to implement poll taxes, literacy tests, and other laws to exclude Blacks from voting. States' rights were so closely connected to racism that the short-lived States' Rights Democratic Party was created to promote racial segregation and white supremacy. It is no coincidence that former slave states currently have the most restrictive voting laws, disproportionately affecting racial and ethnic minorities.

However, directly preceding the Voting Rights Act of 1965, many Americans favored federal intervention to guarantee voting rights. Polls show 76% of Americans supported a potential law to send federal officials to areas with low voter turnout to ensure Blacks and whites "are given an equal opportunity to register and to vote." When this question was framed alongside the viewpoint that it would impede the "rights of states to control their own elections," support dropped to 53%. The argument for states' rights diminished, but did not destroy, the desire of the majority of Americans for a federal guarantee of basic civil rights.

While local control over many legislative matters is appropriate and beneficial, the cry of states' rights has been used to restrict access to the ballot in the past. Voting is at the heart of representative government. Should our federally granted right to vote be determined locally? Today it appears that, despite alarmist language about nationalizing our elections, the public again supports using the federal government to secure voting rights for the people. Whether we live in a rural town or large city, a coastal state in the south or a landlocked state in the mountain west, the majority of Americans want equal freedom to vote. Are our elected officials up for the dialogue and collaboration necessary to make that happen?