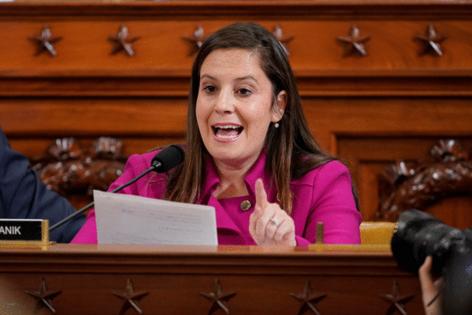 WASHINGTON — Elise Stefanik knows how to pick her battles.

At a small town-hall meeting in 2018, she called for President Donald Trump’s EPA administrator, Scott Pruitt, to resign.

The demands burnished the New York Republican’s brand as an independent thinker in her politically heterodox upstate district, which voted for Trump even though environment and climate change matter a lot to the ski resorts and lakeside retreats that dot the Adirondacks.

In an interview with the Watertown Daily Times and the Adirondack Daily Enterprise, Stefanik defended the apparent flip-flop, saying the Democrats’ resolution was doomed in the GOP-led chamber. Signing it would have only escalated her discord with the White House — a fight she didn’t want. It would be better, she said, to get more Republicans to join her call than to sign on to the Democratic resolution.

The episode showcased Stefanik’s willingness to buck her party on policy, but not on politics, a quality that now might vault her into the upper echelon of GOP leadership.

If that happens, the Republican conference chair will go from one of the party’s most steadfast conservatives to one of the most liberal members based on their voting records. And it will show that for the Republican Party, loyalty to Trump matters more than fealty to conservative ideology or democratic ideals.

Stefanik has always been a Republican star, albeit, until 2019, a rising one outside the national limelight. “Elise isn’t just the future of the Republican Party,” former House Speaker Paul Ryan wrote in 2019. “She is the future of hopeful, aspirational politics in America.”

She first won election in 2014 at the age of 30, making her the youngest female representative ever until Alexandria Ocasio-Cortez’s win in 2018. She flipped the North Country district, which had elected a moderate Democrat in the prior three elections and backed Barack Obama for president, twice.