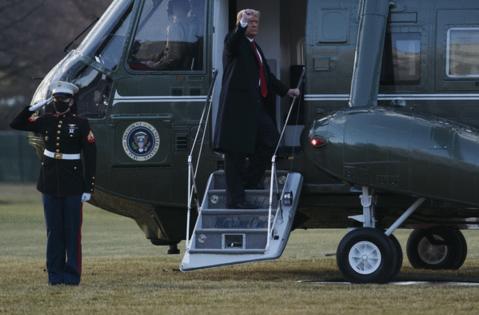 WASHINGTON – Donald Trump will not be returning to Facebook — at least not immediately, the social media giant’s third-party oversight board announced Wednesday morning.

“Facebook’s normal penalties include removing the violating content, imposing a time-bound period of suspension, or permanently disabling the page and account,” the organization added. “The Board insists that Facebook review this matter to determine and justify a proportionate response that is consistent with the rules that are applied to other users.”

The move is nevertheless an affirmation of Facebook’s choice to indefinitely ban Trump from its platform in January, a decision prompted by the then-president’s incitement of the Jan. 6 Capitol riot and concerns that he would “use his remaining time in office to undermine the peaceful and lawful transition of power” to President Joe Biden.

After four years of debate over whether and when social media platforms should censor their users, the Oversight Board’s decision is not only a referendum on Trump but also on the broader movement to “de-platform” contentious public figures — an effort that critics view as censorship and advocates see as a necessary weapon in the fight against online extremism.

In its announcement, the board said that it had found two of Trump’s posts on Jan. 6 “severely violated Facebook’s Community Standards and Instagram’s Community Guidelines,” and added that Facebook will have to review the decision.

“Within six months of this decision, Facebook must reexamine the arbitrary penalty it imposed on January 7 and decide the appropriate penalty,” the board said.

Trump’s initial ban came with a minimum length — two weeks, through Biden’s inauguration — but no set end date. Instead, Facebook handed the issue over to its newly created oversight board, giving the “Supreme Court of Facebook” final say on whether Trump would ever return to a platform that was key to his 2016 electoral strategy.

The board is currently made up of 20 academics, political advocates, journalists and lawyers from around the world; that number is set to eventually double. Facebook played a role in selecting the initial cohort, although the board will eventually make its own hiring decisions.

The oversight board’s mandate to review “emblematic cases” suggests that this ruling and others, which Facebook says are binding, could eventually create a body of quasi-legal precedent that would inform site policy beyond the limits of any specific case. Thus far the board has seemed very comfortable overturning Facebook’s decisions.