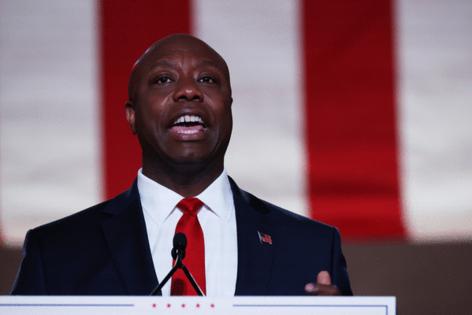 COLUMBIA, S.C. — After a largely non-confrontational speech from President Joe Biden, South Carolina’s Sen. Tim Scott, delivering the GOP response, accused the president and his party of dividing the country with partisan politics.

In the nationally televised speech, Scott, a Charleston Republican, alternated between calling for unity among citizens and attacking Democrats and their initiatives.

Scott kicked off his speech commenting on Biden’s campaign promise to be a leader that represents all Americans’ interests and works across the aisle. The senator said while the United States needs policies to bring its citizens together, he did not believe Biden was delivering that.

“We need policies and progress that brings us closer together,” Scott said.

“Three months in, the actions of the president and his party are pulling us further and further apart,” he added, after noting what he described as the successes of President Donald Trump’s administration.

The Charleston Republican said the country should be experiencing a “joyful springtime,” but instead, it was seeing residents feeling “divided and anxious.”

“A nation with so much cause for hope should not feel so heavy-laden,” Scott said. “A president who promised to bring us together should not push agendas that tear us apart.”

Being tapped to deliver the speech is certainly significant for the Charleston Republican. Gibbs Knotts, a political science professor at the College of Charleston called it “a huge night for Tim Scott.”

Giving a speech on a national platform could also help bolster Scott’s reelection prospects, Knotts said. Scott is up for reelection in 2022.