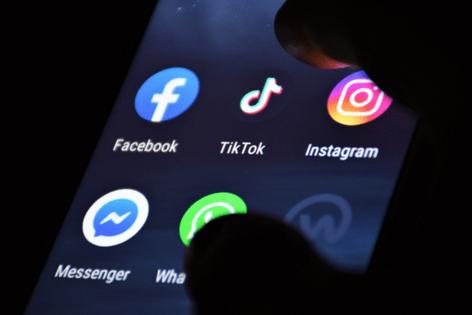 When I was a kid in the mid-'80s, it was Tipper Gore and the Parents' Music Resource Center coming after rock and rap for what they considered explicit and obscene lyrics, leading to the first "Parental Advisory" label going on a 2 Live Crew album.

Decades later, the focus now is on social media and its effects on the mental health of young people.

Given the frequent overreach and cyclical nature of these moral panics, it would be easy to roll your eyes at today's concerns over social media.

But unlike the profanity or racy lyrics that were supposedly corrupting young minds when I was a child, today's fears over social media have a much stronger basis in reality.

The Seattle Public Schools jumped deep into the middle of this debate a few weeks ago when the district sued social media giants Facebook, TikTok, Instagram and others, arguing the companies were contributing to the youth mental health crisis. The Kent school district followed suit shortly after.

Seattle Schools Superintendent Brent Jones said in a news release about the suit, "Our students — and young people everywhere — face unprecedented learning and life struggles that are amplified by the negative impacts of increased screen time, unfiltered content, and potentially addictive properties of social media."

In an interview last week, San Diego State University psychology professor Jean Twenge, the author of "iGen," which focused on Gen Z and the impact of social media on young people, said there is much reason for concern.

She said beginning in the early 2010s, we began to see some alarming trends in mental health for teen girls, in particular. Hospital admissions for self harm in 10- to 14-year-old girls tripled over the following decade and suicide rates among that age group doubled. Twenge's research showed major depressive episodes among 12- to 17-year-old girls increased 52% as well. There was not a correlating increase in other age groups.

In Washington, between 2015 and 2021, the number of hospitalizations nearly doubled among youth whose primary diagnosis is psychiatric, The Seattle Times found.

Correlation is not causation, but Twenge said of the rise of social media, "It's tough to think of any other events or occurrences that happened in the early 2010s, and kept going in the same direction for more than a decade."

Twenge said academic research has found links between Instagram use and negative social comparison and disordered eating and body image issues, particularly for teen girls. Parent company Facebook's own research, leaked by a whistleblower, affirmed them as well.

In addition to mental health, there's also the physically dangerous (and destructive) consequences of TikTok challenges.

The most horrifying and obviously dangerous one she talked about was a "blackout challenge," which involved participants holding their breath long enough to lose consciousness. This challenge unsurprisingly led to the deaths of 20 children over an 18-month period, according to the Daily Beast in November. Fifteen of the children were 12 or younger, which is younger than the minimum age of 13 required to be on the app. In 2020, The New York Times reported that a third of TikTok users were 14 or younger.

"It's become really clear that (TikTok is) the platform that very young children are on," Twenge said. "They really don't seem to have much of a concern at all about verifying age on that platform."

Twenge is not suggesting we should ban cellphones, but there are some commonsense solutions to disrupt the unrestricted power of social media over our children's psyches. Some ideas include enforcing the 13-year-old age minimum; restricting teen access to social media in the middle of the night; and limiting the amount of social media teens consume on a daily basis.

But restricting time on the apps is an uphill battle, Twenge said. "It's hard to use social media in a limited way, because the apps are conspiring against you. Those algorithms are designed to keep you spending more and more time — it's very tough to put it down after 30 minutes."

For marginalized communities who find support and common cause on platforms like Instagram, Twenge said there are ways to preserve what is healthy, while reducing what is not.

The pockets of social media that oppose toxic messages are still massively outnumbered, however. Case in point, even after Instagram and Facebook tried to limit access to certain weight-loss content, it's still widely available. An Instagram search last week found the hashtags #weightloss and #diet were used a combined 160 million times, but the hashtag #bodypositivity and #bodypositive a total of 29 million.

While she recognizes the mental health impacts and has seen in her own life how easy it is to compare herself to other people on social media, she said social media is just part of a larger challenge teens face in learning coping mechanisms to deal with their problems.

Roundtree said part of those strategies is to create healthy spaces outside of social media for support. "I've been able to surround myself with people who are able to affirm me, and people I'm able to relate to where I'm able to get out of that funk," she said.

Since middle school, Roundtree has been involved in groups like Powerful Voices, which supports girls and gender-expansive youth in developing their voices. She's now an intern with the program and sees it as an example of the kind of offline resources teens need to build their self esteem and connections.

Roundtree said it's not enough to take away social media if you aren't planning to replace it with other forms of support.

"If we have more spaces where teenagers and youth are allowed to be who they are, unapologetically," she said, "then I think that that'd be a holistic, healthy, progressive way to go."

A treatment that improves Alzheimer’s disease would be a great advance, but Leqembi (lecanemab), which recently received accelerated approval from the FDA, is not that drug. Yes, lecanemab slows decline to an extent ...Read More