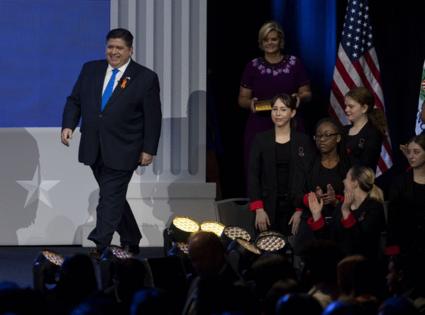 Gov. J.B. Pritzker says he intends to sign a bill, passed by Illinois’ Democratic-controlled General Assembly, that would require employers to offer an hour of paid leave for every 40 hours worked, allowing employees to accrue and bank at least five days a year. The measure would take effect Jan. 1.

What reasonable argument could be constructed against this humble and humane provision? We can’t think of one.

The U.S. is an outlier among developed countries when it comes to mandating at least some paid time off. That means the lowliest workers, those with the least ability to bargain for better, are the most vulnerable to getting no leave at all, whether it be for vacation, illness or to care for a family member, either ailing or newly arrived. The vast majority of legally employed Illinoisans already enjoy much better leave policies, of course, as voluntarily provided. But it’s not true of everyone.

We understand that many Illinois businesses believe that Springfield has created a whole barrage of legislation and red tape designed to increase their costs of doing business and make it harder to thrive here. So stipulated. But this particular bill doesn’t fall into that category and, we believe, will actually incentivize employees to stay in their positions.

If you need time off for a personal emergency, and you have no leave accrued, what is your most likely recourse? You quit. But if your employer is giving you a few paid days, say, to schedule a surgery that needs doing, then not only are you going to feel better about where you work but you are more likely to stick around to enjoy the benefit.

The pandemic taught us all that a sick employee showing up for work instead of losing money can end up putting colleagues at risk, leading to entire teams falling ill, causing chaos in the workplace. And since most employers are doing better than this already, the cost of a week’s paid leave should be manageable.

That’s likely why the Illinois Manufacturers’ Association is not opposing this bill. Earlier in the process, the bill looked set to be overambitious and excessively difficult for businesses.

For example, there initially was a plan to piggyback the proposed state requirement on top of existing mandates from individual municipalities for paid leave. That would have been a reach and against the spirit of this bill, which is to say that at least a week’s paid leave each year to deal with life is reasonable enough and undeniably fair for all workers. If you’re getting it elsewhere, that’s great.

Given the brevity of this leave, as proposed, it makes sense to keep it simple and let employees use it to recharge their batteries, or to get well, or to look after a loved one, and to make their own choice. We think that will be good for Illinois business in the long run.

A week’s paid leave for all Illinoisans, at a minimum, is what Pritzker is being asked to sign. And sign he should.