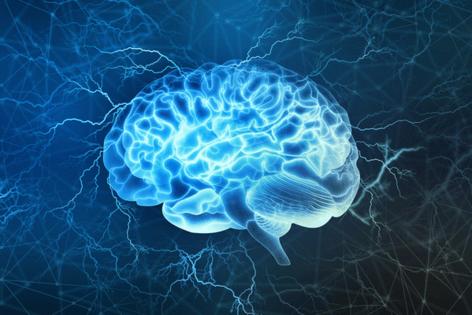 It’s no wonder that ghost movies capture our imagination. Beliefs in the supernatural — in ghosts, spirits and the afterlife — are quite common across human societies, both large and small.

In fact, most adults in the U.S. believe that the self continues to exist after life and that the dead interact with the living. But even if you don’t share this opinion and consider ghosts a figment of the imagination, once the movie is on, you still find yourself screaming. Hours later, you are startled by every wind gust and wood creak. Despite our rational judgment, our gut tells us that the dead may be visiting.

New results from my lab suggest that some people may be spared this feeling. And this sheds light on why its grip on the rest of us is so tight.

To understand this process, let’s start with a common explanation for our fascination with the supernatural. Religion immediately comes to mind, as beliefs in the afterlife are an integral part of many religious doctrines, and Americans are highly religious.

But the correlation between religion and afterlife beliefs does not necessarily show that religion causes those convictions. Religion further fails to explain why afterlife beliefs are prevalent across cultures, including those that lack organized religion, and why they emerge in staunch extinctivists (those who maintain that death marks the extinction of the self).

So perhaps the cause-effect arrow actually goes the other way: It is the human psyche that promotes our beliefs in the afterlife, and those beliefs, in turn, get codified in religion. In other words, ghosts emerge from the human mind.

The illusion of the mind-body divide can readily explain our fascination with the afterlife. Indeed, if the mind seems distinct from the body, and if we further identify the self with the mind, then once the body ceases to exist, the mind can very well persist. Even young children believe that the mind of one creature can switch to the body of another, and that the dead can think.

This tacit sense of dualism — the separateness of body and mind — can affect scientific literacy, leading people to wrongly assume that brain tests (which reflect one’s body) are more informative than behavioral tests. Dualism can further alter notions of legal responsibility and ignite false fears of robots and artificial intelligence. And its effects apply even to scientists. Still, why does our mind make us “see double”?

It is possible, of course, that dualism is merely the product of our Western culture; that we learn it from experiences, just as we learn the words for “dog” and “food.” But the psychologist Paul Bloom suggested that the mind-body illusion is grounded in human nature.

If you see me move my hand toward a bottle, you will spontaneously “read” my mind — you will likely conclude that I believe there is water in the bottle, and it is this belief that makes me act.

If, unbeknownst to me, the bottle has been emptied, you’d still expect me to reach and grab it. Not only can you read what I know, but you also contrast what I know from what you know. Bloom, for one, suggests that mind reading — a basic psychological mechanism that is active already in young infants — gives rise to dualism. But whether dualism indeed emerges from human nature or only from nurture is uncertain.

To address this question, my colleagues and I turned to autistic people, who are known to be weaker mind readers than neurotypicals. It’s for this reason that autistic people often struggle with social situations. If mind reading begets dualism, then one would expect autistic individuals to be less dualist compared with neurotypical people. And this is exactly what we found.

In one experiment, we invited participants to indicate how likely it was that a person’s thoughts (e.g., recalling past events, having a concept of number) would persist in the afterlife (that is, without their body). Neurotypical participants stated that thoughts would persist, suggesting that they viewed thoughts as disembodied. But autistic people were unsure. Furthermore, we found that the stronger a person’s mind-reading abilities are, the more likely that person would perceive the mind as separate from the body and as persisting in the afterlife.

Our findings suggest that the illusion of the mind-body divide arises, in part, from mind-reading abilities. Far from being the sole product of culture or religion, our tendency to view the mind as existing separately from the body seems to be ingrained in our psyches. It is this dualist tendency that meddles with many aspects of our thinking and promotes our fascination with the spirits, demons and ghosts.

So, if the howling wind brings a long-gone loved one to mind, do not worry. Ghost stories are only natural.